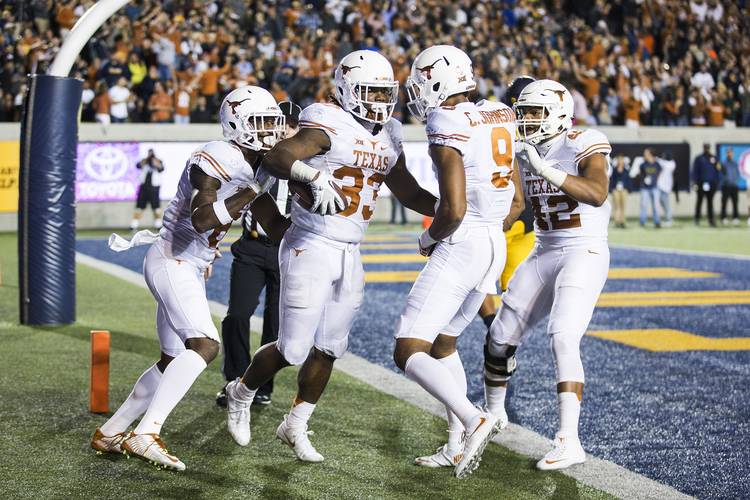 Whether it was wishful thinking or something more, Armanti Foreman had his twin brother’s path figured out before everyone else.

After D’Onta Foreman was selected No. 89 overall by the Houston Texans, the Longhorns wide receiver took to Twitter to let everyone know. “I predicted this over a week ago. TEXANS BABY!!!!” he wrote.

I predicted this over a week ago. TEXANS BABY!!!! @D33_foreman pic.twitter.com/BBlX6qH8p9

That was just one of many elated reactions to Foreman’s selection on social media Friday night, as the Texans chose to make multiple dreams come true at once. Not only will the former Texas star get to suit up in the NFL, but he’ll do so just miles from where he grew up in Texas City, Texas.

Take a scroll through just a few of the reactions that came from within Texas football circles, including former Longhorns and current players who were teammates with Foreman.

So honored to join the @HoustonTexans family! Check out my first @NFL trading card now on #PaniniInstant #ad https://t.co/BQmrwSVBSa pic.twitter.com/J4ZVVvakJw

TFW you hear you're staying in Texas. D'ONTA TO HOUSTON, Y'ALL. @D33_foreman is fired up. pic.twitter.com/RIo3UaOAe2

Of course, it wouldn’t be a Texas draft party without barbecue. Here’s proof the Foremans had plenty of smoked meat on hand for the celebration.

D'Onta Foreman gets the call from the @HoustonTexans #NFLDraft2017 #HookEm pic.twitter.com/hUEpF4jlfB

One of the most shared reactions came from legendary Texas running back Ricky Williams, who called Foreman “the best back in the draft.” The two have been linked since Foreman broke on the scene last season, threatening to chase down some of Williams’ records.

Congrats @HoustonTexans you just got the best back in the draft. @D33_foreman is gonna give the afc south Hell

Congrats lil bro go ball out at the crib you deserve it @D33_foreman prove em wrong!

THE MAN is staying home!! Couldn't be happier for you big bro! @D33_foreman #NFLDraft pic.twitter.com/bR6hMFpSlE

@D33_foreman Congrats my brotha! Glad you made it man! Nothing but the best for you ! 🙌🏾 don't forget who you do it for man!

Congrats to @D33_foreman We are proud of you! Best of luck with the Texans! #ThisIsTexas pic.twitter.com/SjSnYJAb4P

Congrats to my brother @D33_foreman you deserve this glad you get to stay at home!

Congratulations to @D33_foreman on being drafted by the Texans. From Longhorn to Texan, we couldn't be more proud of you #HookEm 🤘🏻

After postponement, Texas and Oklahoma State to wrap up series on Sunday