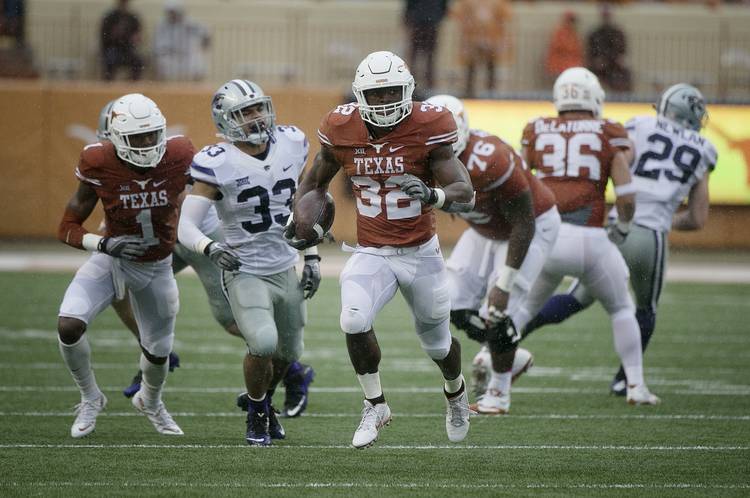 Texas's Johnathan Gray gains yards against Kansas State during the first half of their game at Royal Memorial Stadium on Saturday, October 24, 2015. DEBORAH CANNON / AMERICAN-STATESMAN

Former Texas running back Johnathan Gray will get a chance to make a comeback.

Aaron Wilson of the Houston Chronicle reported this weekend that Gray has been invited to tryout for the New York Giants at the organization’s rookie minicamp. Gray last touched a football during Texas’ 38-20 loss to West Virginia on Nov. 14, 2015. After battling multiple injuries during his time at Texas, Gray tore his Achilles tendon while preparing for the 2016 NFL Draft.

With 2,607 yards, Gray ranks 13th on Texas’ all-time rushing list. Gray averaged 4.5 yards per carry from 2012-15, and he rushed for 17 touchdowns. While at Aledo High, Gray won three state championships and ran for 10,889 career yards. (Sugar Land’s Kenneth Hall, who compiled 11,232 rushing yards from 1950-53, is the only player with better numbers in the state’s high school record books).

Gray worked out in front of representatives from all 32 NFL teams at Texas’ pro day on March 28. Speaking to reporters, Gray said he had lost some weight and felt great.

With TCU showdown looming, Texas returns to the national rankings