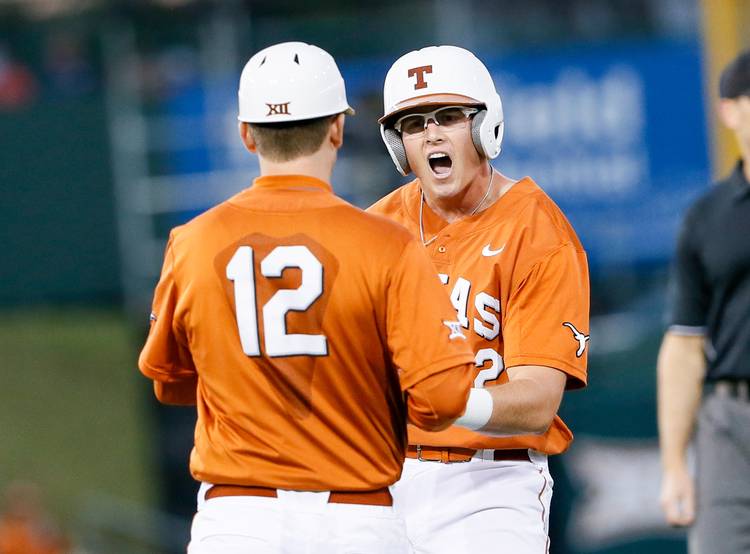 Texas’ Longhorns have stepped back into the national spotlight.

The Texas baseball team opened the month of May with appearances in two national polls. On Monday, Texas was ranked 24th in the D1baseball.com poll. The Longhorns were also placed 25th on Baseball America’s list of the country’s top teams.

Weather cut short Texas’ road trip to Oklahoma State this past weekend, but the Longhorns improved to 30-16 with two wins over the Cowboys on Friday. With a 9-8 record in conference play, Texas is nestled into fifth place in the Big 12 standings.

Texas are next scheduled to play on Tuesday when UT-Arlington arrives at UFCU Disch-Falk Field. Three days later, the Longhorns will open a three-game series at TCU. The conference-leading Horned Frogs are ranked ninth and seventh, respectively, in the D1Baseball.com and Baseball America polls.

Return of the Longhorn: NFL first round could feature multiple UT players in 2018