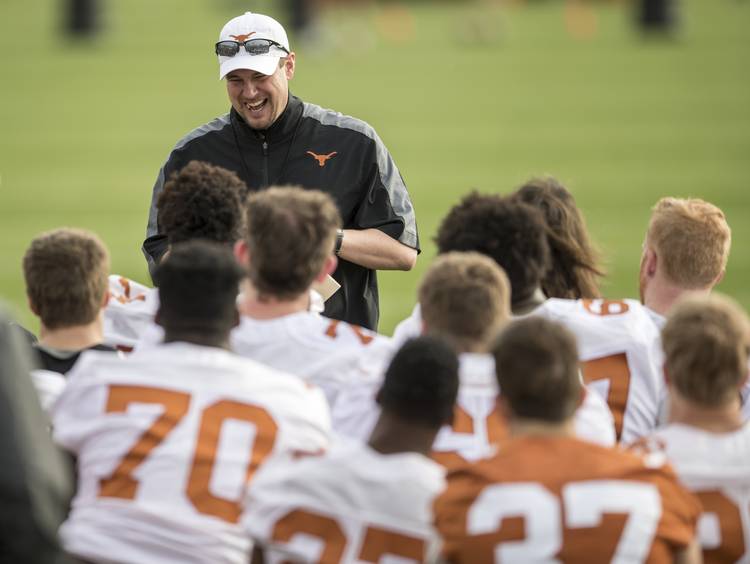 When it comes to recruiting, Tom Herman is seemingly pulling out all the stops during his first few months as the head coach at Texas.

Over-the-top locker room upgrades and daily (sometimes hourly) social media blasts ensure that Herman has recruits’ attention, but a lot still comes down to what is said behind closed doors.

On Wednesday, a video tweeted out by the official “Big 12 Digital” account gave us a glimpse of what that conversation might look like. Rather than talking about winning, scheme and culture, Herman spoke about preparing his players for life after football and the effect that has on him as a coach.

“I tell recruits all the time, I’ve got my ring box that kind of sits right in front of the couch in my office and there’s a lot of rings and watches and all that stuff,” Herman said in the video. “I tell them all the time, you can flush them down the toilet. The most rewarding thing for me as a coach is when former players come back and they’ve got their wife and their kid by their side, and they’ve got a great job.

“The two most powerful words as a coach with a former player is ‘thank you.'”

Watch the clip below.

“It far exceeds any win that I’ve ever experienced.”

For @TexasFootball‘s Tom Herman, impacting a player off the field is most important. pic.twitter.com/FXIxmEDKvZ

RELATED: Cameron Rising — Texas’ other four-star pledge — is all football, all the time

Whatever Herman is saying, it seems to be working. He has already reeled in two 4-star quarterbacks from the Class of 2018, part of a six-player class so far.