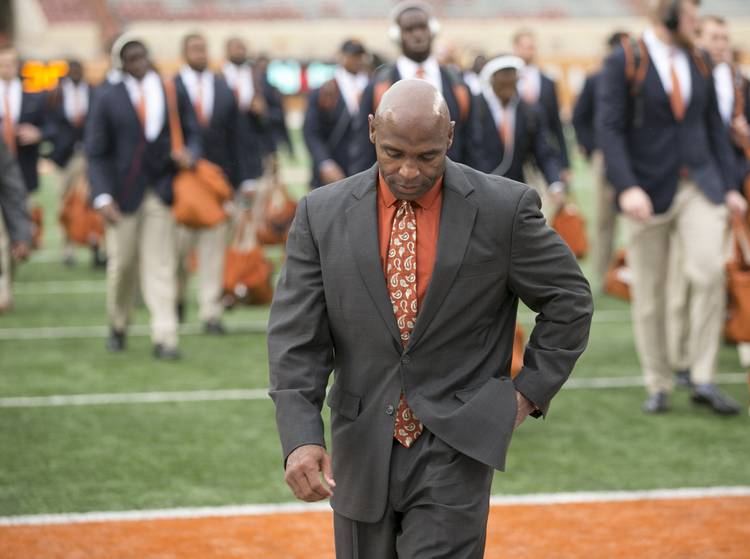 Update (2:50 p.m.): In a statement, Charlie Strong responded to the remarks made by Judge Margaret Taylor on Wednesday morning. Tampa Bay Times reporter Joey Knight tweeted out a photo of the statement.

Charlie Strong has responded to the judge who called him out. pic.twitter.com/V5xGcv4IFb

“In the short time I have been here our program has been built on character, discipline and family,” Strong said in the statement. “We have wonderful young men in the USF football program who choose to do the right thing every day. We are dedicated to recruiting young men of high character, and to consistently developing them with structure and frequent education regarding appropriate conduct and behavior, on and off the playing field.

“While I am shocked and saddened at the arrest of a member of our team, I am disappointed that the actions of two players over the last two months have harmed the reputation of our program, of our wonderful university and of my character. We have high expectations of our coaches, staff and student-athletes and we hold accountable those who act contrary to our values.”

In scathing remarks made regarding sexual assault and false imprisonment charges against South Florida football player LaDarrius Jackson, Judge Margaret Taylor called out former Texas coach Charlie Strong and questioned his control over the Bulls program he took over in December.

Taylor, a South Florida alum, criticized her alma mater and Strong following the second arrest of a Bulls player in the past few months. Hassan Childs was arrested in March on assault and marijuana-possession charges following a suspected road-rage incident.

The charges against Jackson are particularly concerning, and Taylor did not hold back in her message to Strong. Here’s what she said:

“Let’s just say my USF diploma is not proudly hanging in my office right now. I have a message for your coach as well.

“I would implore you to think long and hard about whether being head coach at USF is a good fit for you before any other members of this community have to suffer at the hands of one of your players.

Mr. Jackson, again, assuming the facts surrounding your charges are true, your behavior is reprehensible.”

Watch the video below.

It’s worth noting that Jackson has been suspended indefinitely following the arrest, and Childs has already been dismissed. The players were recruited by former coach Willie Taggart, not Strong.

One of Strong’s former players, Texas linebacker Malik Jefferson, responded to the video on Twitter, saying “Smh she tried to make it personal…”

RELATED: Three and out: Texas fires Charlie Strong after 16-21 record

These remarks should be especially jarring for Texas fans, who watched Strong draw a hard line when it came to discipline. He kicked 10 players off the team his first year in Austin and doubled the amount of drug tests that former coach Mack Brown administered.

Strong repeatedly made clear that players could lose their scholarship by violating one of his five core values: honesty, treating women with respect, no guns, no drugs and no stealing.

The recent arrests at South Florida are alarming, and certainly not how Strong had hoped to start his new job. The remarks by Judge Taylor will shine a brighter light on the problems, and give Strong’s detractors and rivals fuel.

Connor Williams at No. 1 overall? At least one 2018 NFL Draft predictor thinks so