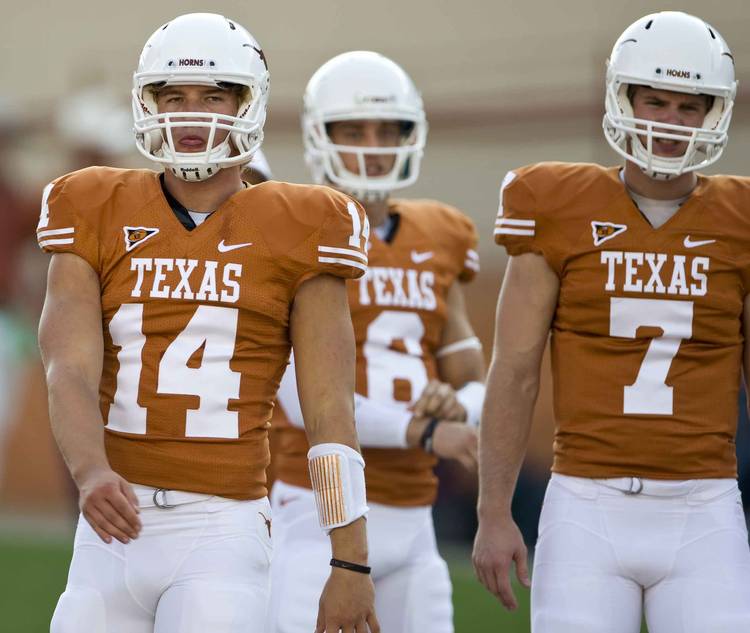 Once again, quarterbacks David Ash and Garrett Gilbert are competing for positioning on a depth chart.

On Thursday, the Carolina Panthers announced that Ash is among the 35 players who will tryout at the team’s rookie minicamp. The minicamp will kick off on Friday at Charlotte’s Bank of America Stadium.

The Belton native played at Texas from 2011-14, and only seven Longhorn quarterbacks have topped his 4,728 career passing yards. Ash’s collegiate career was ended by multiple concussions, but he told reporters at Texas’ pro day in March that he hadn’t had any problems in a couple of years.

At the pro day on March 28, Ash threw and punted in front of representatives from 32 NFL teams. (He is listed as a quarterback on the Panthers’ website.) Ash was not selected in the 2017 NFL Draft, but he was linked to a developmental league this spring.

In addition to the players who were invited to tryout, Carolina’s minicamp will include members of the organization’s 2017 draft class, undrafted free agents and off-season signees. Gilbert, who signed with the Panthers in March, will also participate.

Gilbert beat out Ash and Case McCoy in a quarterback competition ahead of the 2011 season. He eventually lost his job and transferred to SMU. Gilbert was drafted by St. Louis in 2014, and he won a Super Bowl ring in 2015 while serving on the New England Patriots’ practice squad.