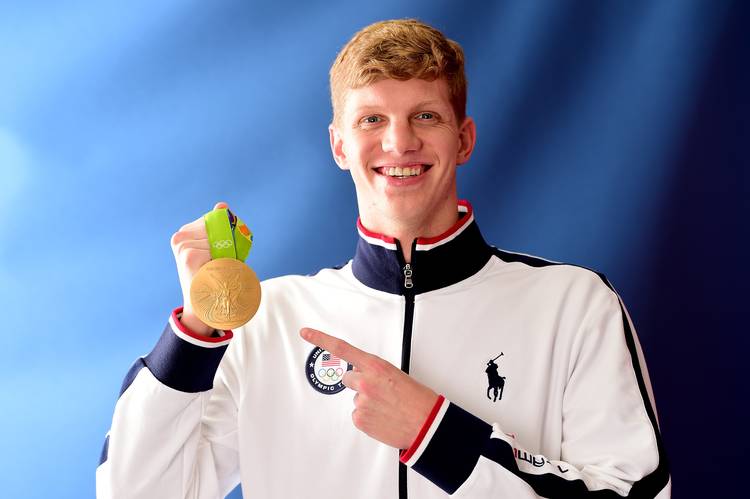 Townley Haas of the United States poses for a photo with his gold medal on the Today show set on Copacabana Beach on August 10, 2016 in Rio de Janeiro, Brazil. (Photo by Harry How/Getty Images)

Townley Haas has made waves in the swimming world since arriving at Texas, winning multiple national championships and an Olympic gold medal as part of the United States 4×200 meter freestyle relay in Rio last summer. The sophomore is leaving a legacy as a Longhorn, but his family will forever be tied to Virginia Tech.

Longhorn Network recently did a piece on how Haas’s older sister, Emily, was among the victims of the horrific attack 10 years ago on the Virginia Tech campus. Emily survived a gun shot to the back of her head during the shooting that killed 32 people on April 16, 2007.

The family returned to Blacksburg for the 10-year anniversary of the attack, and Townley Haas and his mother, Lori Haas, reflected on their memories of that day. You can watch the full piece below.