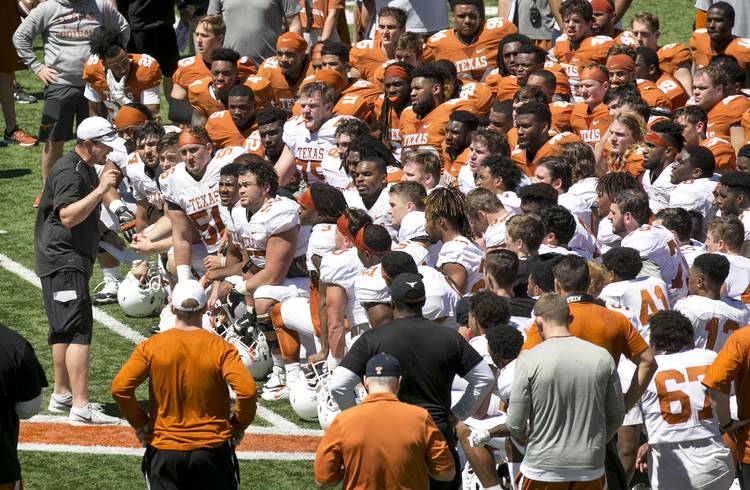 In the classroom, the Longhorns are ahead of the curve.

The NCAA released multi-year Academic Progress Rate scores on Wednesday, and the Texas football team led the Big 12 with a 978. A perfect APR score is 1,000, and the minimum threshold to avoid NCAA sanctions is 930.

Every team in the conference met that standard, with West Virginia bringing up the rear at 940. Kansas State (975) and Baylor (973) were the other programs to score above 970.

Across the board, Texas athletic teams ranked high with their APR scores. Three programs achieved perfect scores. Here’s a list of every sport and its multi-year APR.