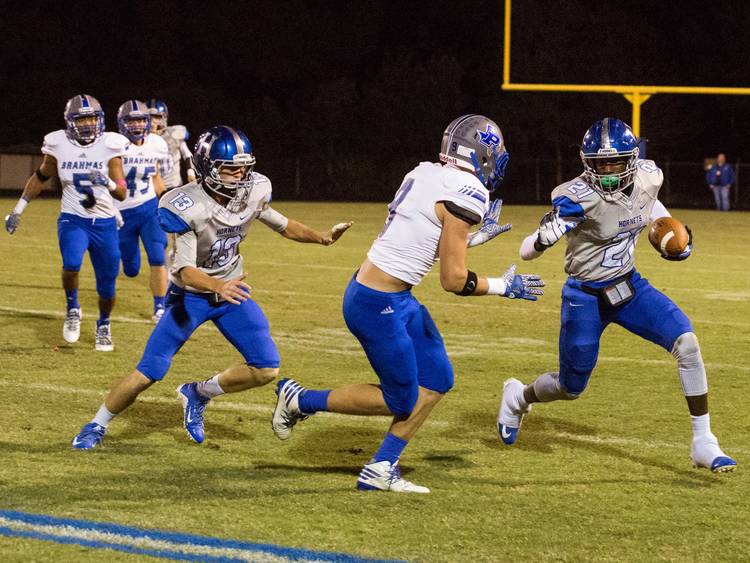 Hooks' Montrell Estell fights through a Paul Pewitt defender during a game against the Brahmas on Oct. 21, 2016. Estell committed to the 2017 Longhorns signing class earlier in the year. (Joshua Boucher /Texarkana Gazette)

Hooks senior Montrell Estell had some personal business on his plate before he plants his feet in the University of Texas defensive backfield.

Wearing a burnt orange Longhorns baseball cap, the gold medal around his neck was almost as bright as the smile on his face at the UIL State Track and Field Meet Friday at Mike Myers Stadium.

Estell will graduate from high school in three weeks as a state champion. He captured the Class 3A triple jump, finishing at 45 feet, 8.5 inches.

Texas hopes Estell’s nose for the football matches his drive to the finish line.

“It’s going to be a good year for Texas football,” the future strong safety said.

If Friday’s performance is a good indicator, the Longhorns have an athlete to bank on the next four years. At 6-2 and 180 pounds, he ranked as the No. 23 athlete in the nation and No. 46 player in Texas.