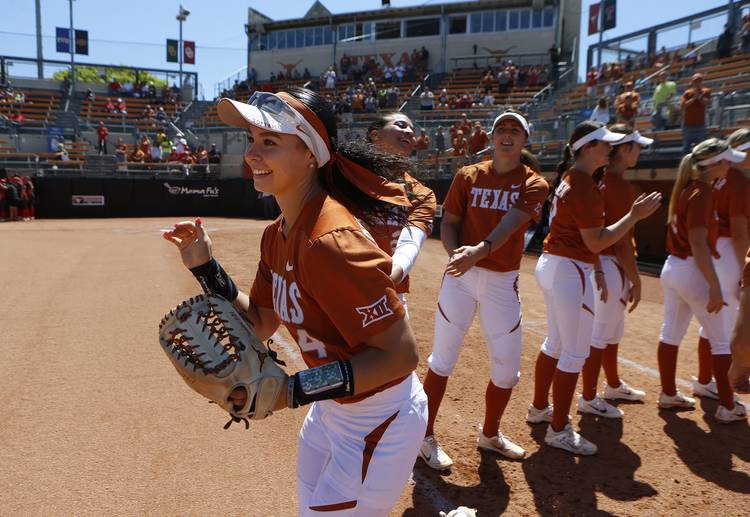 Last week, the Longhorn Network televised the story behind DerMargosian’s first name. DerMargosian’s mother, Martina, told the TV station that a pregnancy scare played a role in the name game. During Martina’s pregnancy, the DerMargosians were told their baby would be born with spina bifida, a birth defect in which the spinal cord is not fully developed. They were also warned the baby may live for only a few days.

The DerMargosians had a name picked out for their child. Due to a fear of growing attached to that name and hearing it in the future if their baby did not make it, Martina said they instead decided to name their daughter after the day of the week she was born on. DerMargosian was born on Dec. 9, 1997, which was a Tuesday.

Nineteen years later, a healthy DerMargosian has developed into a contributor and character on Texas’ softball team.

DerMargosian has appeared in 43 games this season, and she has made 23 starts. The Fort Worth native is hitting .297 with 11 runs and four steals.

Texas (31-24) has qualified for the NCAA tournament for the 13th straight season. Placed in a regional with Texas A&M, Texas State and Texas Southern, Texas will open its tournament run against Texas State on Friday. First pitch in College Station for the Longhorns and Bobcats is set for 4 p.m.

The history of Royal-Memorial Stadium