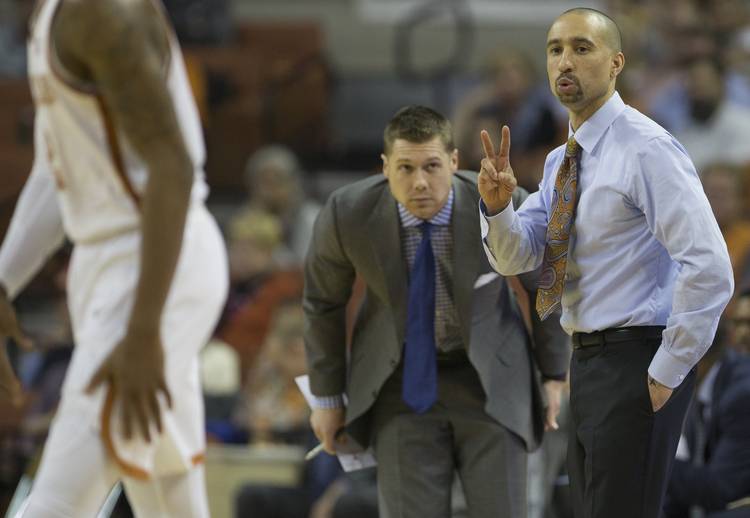 For the second year in a row, Texas men’s basketball and coach Shaka Smart will enter the Big 12 with the league’s best recruiting class and unlike last season, will have the league’s top freshman recruit.

Texas finished last in the Big 12 standings in 2017, and this recruiting class will likely help Texas bounce back.

But so will Oklahoma’s class. The Sooners finished second to last in the Big 12 standings and have the second-best recruiting class in the Big 12.

Helped by local Norman recruit and McDonald’s All-American Trae Young (No. 22-rated recruit), Oklahoma’s four-man class is No. 28 in the nation.

Iowa State comes in at No. 30, but lacks a 5-star recruit. Instead, the three-man class features two four-star players, including No. 31 recruit Lindell Wigginton, a point guard from Oak Hill Academy.

After the arrival of head coach Jamie Dixon, TCU’s basketball fortunes have already started to change. The Horned Frogs won the NIT this past spring, and now they have the No. 33-rated recruiting class in the nation. The Frogs’ class includes six players, including two four-star recruits. One of those players is Houston product Kevin Samuel, the No. 11-rated center for 2017.

After winning 13 straight Big 12 titles, Kansas landed the No. 34-rated recruiting class and fifth-rated class in the Big 12, and most of that ranking is based on Kansas landing the No. 19-rated prospect in the nation, McDonald’s All-American Billy Preston. The 6-foot-10-inch forward is the second-highest rated recruit in the Big 12, behind Bamba. Kansas’ two-man class also includes 4-star guard Marcus Garrett of Dallas Skyline, the No. 4-rated player in the state of Texas.

With Bamba’s commitment to Texas, few top-100 recruits remain available in the 2017 class. With less than a week remaining until the NBA Draft entrant deadline, the Big 12 rosters move closer and closer to being finalized.

The biggest draft decisions in the league involve Texas and Kansas. Sophomore-to-be Andrew Jones is deciding whether to return to Austin for his sophomore year, while Kansas senior-to-be Sviatoslav Mykhailiuk decides if he wants to return to Lawrence. Both players were starters for their teams in 2016-2017.