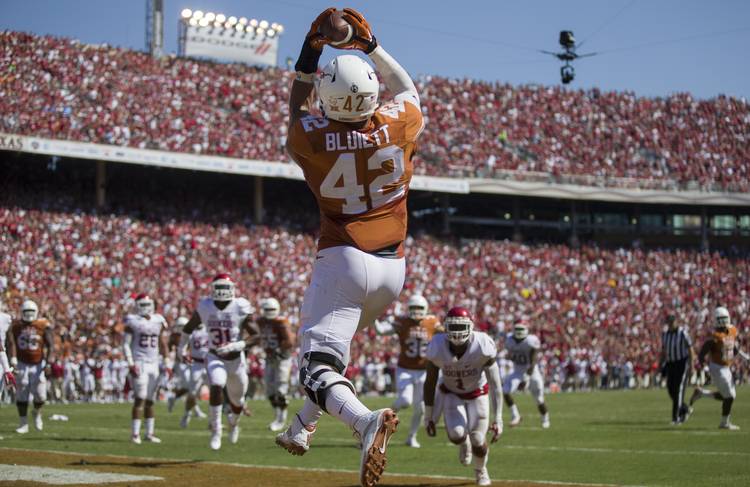 The sports books from our friends in the desert envision the most wins for Texas football since 2013.

According to CG Technology, Texas’ over-under win total is 7.5 games. Bet that Texas wins more than seven games in 2017, you’d take the over. If the Longhorns win seven or fewer, you take the under. Ohio State and Alabama have the highest over-unders in college football with 10.5 and 10 wins, while Oklahoma leads the Big 12 with 9.5. Southern California, another Texas opponent in 2017, is tied with Oklahoma at 9.5 games.

As of today, Vegas slightly favors the Longhorns being at seven wins or below since a bettor would have to place $125 to win $100 as the bet attaches a -125u to the future proposition.

Other Big 12 schools have these odds listed:

And Longhorn fans, Vegas believes Texas will win more games (or at least one-half more) than the Aggies in 2017, as Texas A&M’s over/under win total is listed at seven.

Andrew Jones will return as Shaka Smart’s dynamite May continues