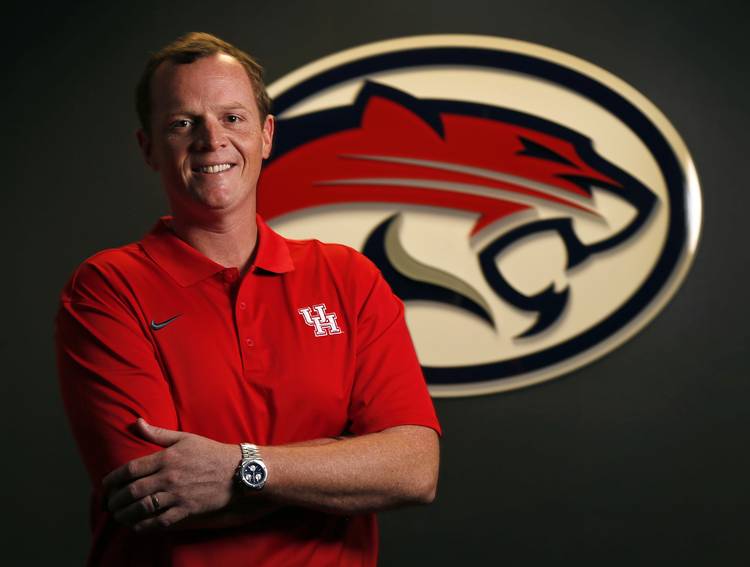 One of the unwritten rules of being a college football head coach is that one must have a deep playbook of dad jokes.

Former Texas quarterback Major Applewhite appears to be getting along just fine in that regard at Houston, and his latest punchline took a jab at his former boss, Longhorns coach Tom Herman.

“One of the biggest questions I get is, ‘What are the differences and and what are the things that are going to be the same next year?'” Applewhite said during a speech at the Touchdown Club of Houston. “Off the top of my head, we’re not going to be nearly as athletic at quarterback, but we’re going to be a hell of a lot more athletic at head coach.”

KRIV sports director Mark Berman tweeted the clip, which you can watch below.

.@CoachApplewhite opens his speech at the Touchdown Club of Houston by cracking a joke that had something to do with @CoachTomHerman pic.twitter.com/2uZrD3md7H

Herman saw the tweet, and responded in the only way he could. “Well played young Jedi. #Truth,” he wrote. “Just don’t confuse MORE athletic for ATHLETIC at all.”

Where’s that GIF of Herman with a sledgehammer when you need it … Ah, there it is.

It looks like Longhorns and Cougars fans waiting for Herman and Applewhite to develop a legitimate beef are just going to have to wait. For now, the dad jokes will do just fine.

LOOK: Jordan Spieth tees it up at the Colonial Pro-Am with an exquisitely-dressed Bill Murray