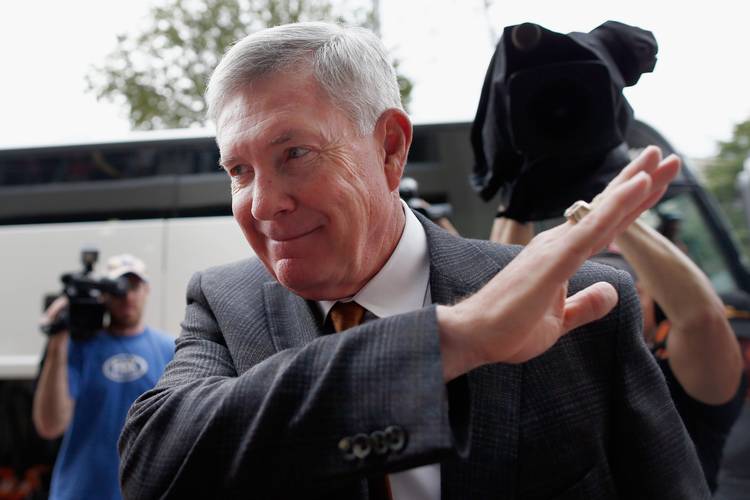 Remember that hilarious meme of Mack Brown checking his phone during the Sugar Bowl? Yeah, that one.

“There is no doubt that if the right situation came up, I would coach again,” Brown said during an interview on Sirius XM’s College Sports Nation. “I’m not going to take Sally to parts of the country she doesn’t want to live. She’s put too much into this to take her and say, ‘Oh, honey.’ I don’t think so.

“If someone needed me that I trusted, I’ve got some good years left and I would definitely look at it. I’ve looked at a couple things the last couple of years and they didn’t fit. I’m not gonna force it. I’m not gonna coach just because I have to coach, but if it’s right and it was fun I’d love to make another run.”

So, what would qualify as the “right situation?” This is just a guess, but whenever it comes along Brown might be making this face.

Get ready for Brown’s name to be tied to any and every possible job opening once this season gets underway. That’s just the nature of the beast. Brown knows this all too well, which means he must be serious (pun intended) to go on a national radio show and say he wants back in.

You know who might be looking for a coach soon?

"Coach (Sumlin) knows he has to win & he has to win this year & we have to do better than we've done in the past" https://t.co/IkJDybt0kq

We kid, we kid. But others won’t, you can be sure of that.

What else did Brown say on College Sports Nation?

Texas will face Butler, possibly even Duke in PK80 tournament