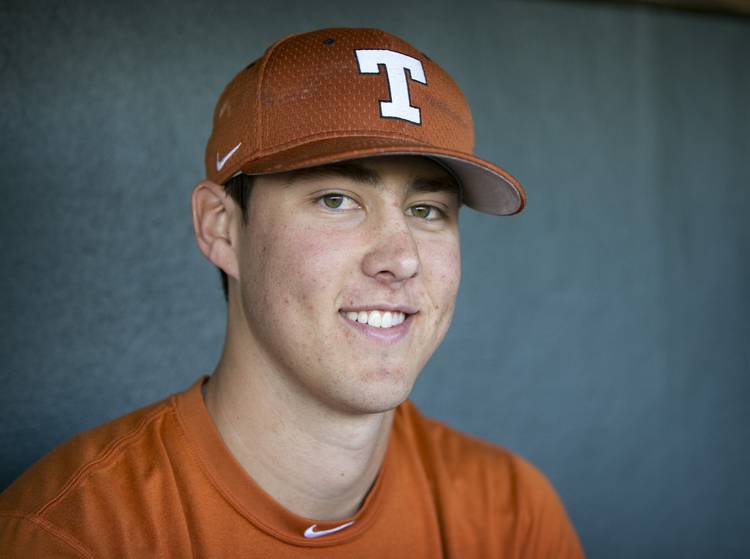 This week, the honors have kept coming for Texas pitcher Morgan Cooper.

On Thursday, Cooper was placed on the third team of Collegiate Baseball’s All-America team. Cooper joined TCU’s Jared Janczak as two of the seven third-team pitchers on the publication’s honor roll.

Cooper, who is a redshirt junior from Jarrell, was named a semifinalist for USA Baseball’s Golden Spikes Award on Wednesday.

Cooper is 6-3 with a 2.32 ERA this year, and opponents are hitting .203 against his right arm. With 103 strikeouts, Cooper leads the Big 12. He has also become the first Longhorn with triple-digit strikeouts since Taylor Jungmann and Cole Green in 2011.

As the NCAA tournament gets underway this week, Texas has been placed in Long Beach State’s regional. Texas (37-22) will open its appearance at the double-elimination tournament against UCLA (30-25) on Friday. Cooper last worked in the Big 12’s championship game this past Sunday, but Texas is expected to give the baseball to junior Nolan Kingham on Friday.