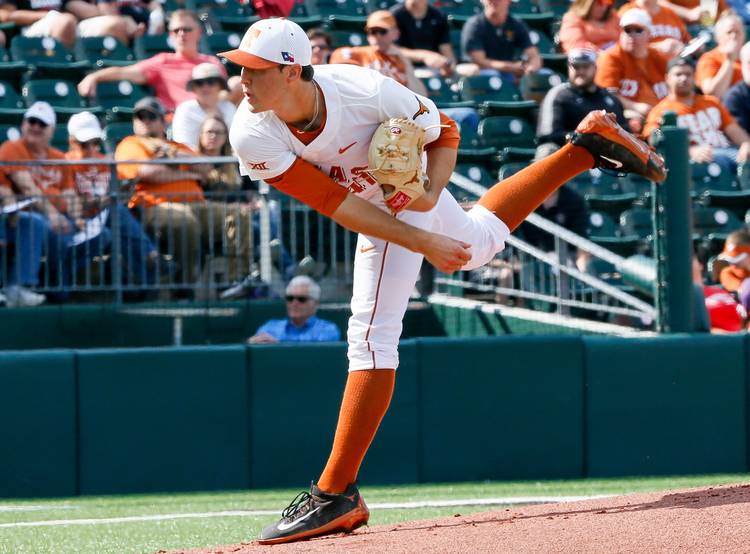 After beating UCLA in its tournament opener on Friday, Texas announced it will start junior Morgan Cooper (6-3, 2.32 ERA) against the Dirtbags. Long Beach State is set to throw Darren McCaughan (8-2, 2.66 ERA) at UT. Earlier this week, McCaughan and Cooper were second- and third-team honorees on Collegiate Baseball’s All-American team.

Texas and Long Beach State have already gotten good pitching performances at the four-team regional hosted by the Dirtbags. Texas is coming off a 3-2 win over UCLA in which Nolan Kingham outdueled Griffin Canning, who may be a first-round pick in this month’s MLB Draft. Long Beach State, meanwhile, had Dave Smith throw a complete-game shutout in a 6-0 beating of San Diego State.

The winner of this projected pitching duel at Blair Field will find an easier path to a super regional. Tonight’s victor needs only one more win to claim the crown at Long Beach State’s regional, which wraps up on either Sunday or Monday. The loser will have to go 3-0 the rest of the way.

First pitch between Texas and Long Beach State is set for 9 p.m. CST. The game will be televised on ESPN2. On Central Texas radio dials, the action will be called on 104.9 FM and 1260 AM.