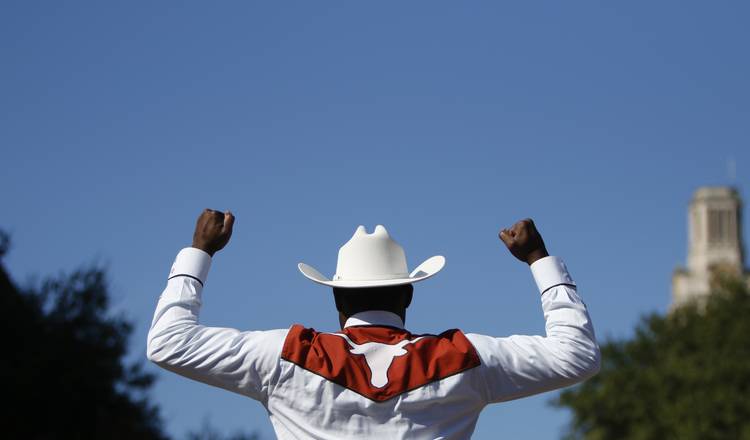 The Texas Longhorn Band performs on the University of Texas campus prior to the Texas Longhorns game against the West Virginia Mountaineers Nov. 12, 2016 in Austin Texas. PHOTO BY JAMES GREGG/AMERICAN-STATESMAN

All of the buzz surrounding Tom Herman’s first season at Texas has everyone a little amped. Count the UT Longhorn Band in that mix.

The band’s latest hype video, released on Facebook this week, takes on a much different tone than last year’s. These Horns mean business.

This is obviously a parody of the intense hype videos the Texas athletic department has been rolling out since Herman arrived, but it’s pretty cool that the new coach allowed the band to interrupt a practice. The video shows band members stretching with the football team and doing their best impressions of Texas players.

Check it out below.