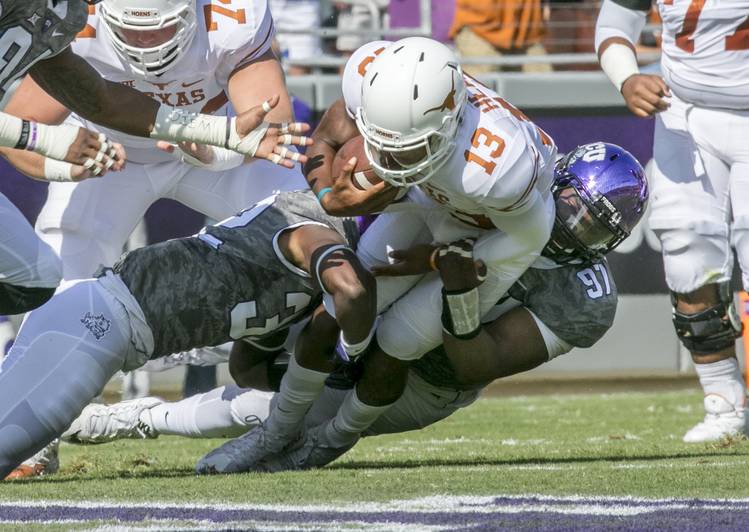 A few different names from TCU’s defensive line could have appeared here, but senior Chris Bradley seems a safe bet. Redshirt freshman Ross Blacklock and junior L.J. Collier won the starting jobs inside during spring practice, but that should only light a fire under Bradley heading into his final season. The 6-foot-2, 275-pound native of Shreveport, Louisiana, has started 18 games and appeared in every contest since his freshman season. Last year, he had 31 tackles, 5.5 tackles for loss and 3.5 sacks. He also forced a fumble against Texas Tech.

Without Josh Carraway and James McFarland outside, someone new is going to have to become a dominant pass rusher. Bradley might fit the bill. The Longhorns will have to be wary of fresh bodies rotating in and out, and teams will likely try to bring bodies up the middle if left tackle Connor Williams is as dominant as he should be.

Bradley had four total tackles against the Longhorns in last year’s regular-season finale. He had two tackles and a sack in 2015.