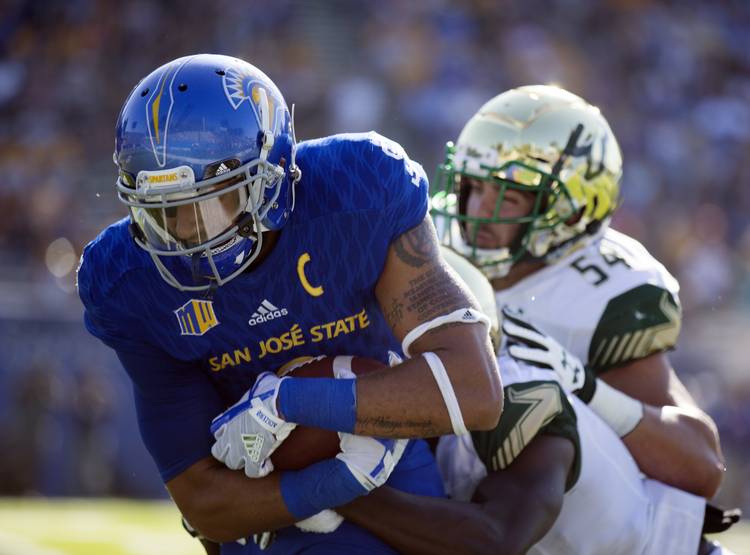 Don’t let San Jose State’s status as the only Group of Five team on Texas’ schedule fool you. The Spartans have some very good players, just not as many as their Power Five counterparts.  In fact, one of those players made the top 30 on this list. We’ll get to him later.

Offensively, Justin Holmes is the guy to watch. The 6-foot-2, 211-pound junior caught 39 passes for 613 yards in 2016 — an average of 15.7 yards per catch. He caught six passes for 106 yards against Boise State, a performance that included one of his three touchdowns. Holmes has the size and skill set to thrive in the Spartans’ new offense, which brings us to…

Watch closely, and Longhorns fans should recognize some of San Jose State’s offense on Sept. 9. The Spartans’ offensive coordinator under new coach Brent Brennan is none other than Andrew Sowder. The 28-year-old spent 2016 on the Longhorns’ staff after following Sterlin Gilbert to Austin, and he’ll apply a version of the system both men learned from Art Briles at Baylor. Expect the Spartans to go up-tempo, spread the field and try to involve Holmes early and often.