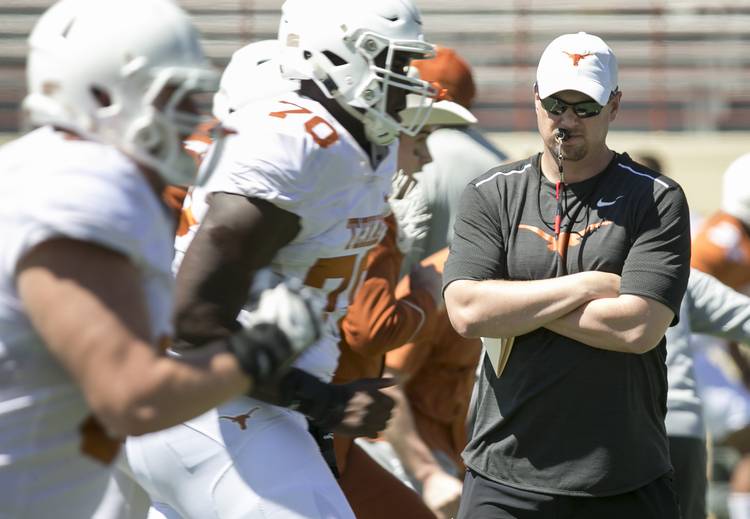 In the Tom Herman era, there are no borders when it comes to Texas recruiting.

On Friday, a pair of underclassmen wide receivers — including one from Kentucky — narrowed their lists of schools and included the Longhorns.

Rondale Moore, Class of 2018, placed Texas in his top six. Jordan Whittington, who is in the 2019 recruiting class, included the Longhorns in his top eight.

I will be focusing on these schools! Top 8 🙇‼️🔥 pic.twitter.com/IJcfd0lSYa

Moore is a 5-foot-9, 174-pound prospect from Louisville. He is considered a three-star prospect in the 247Sports composite and is the No. 62-ranked wide receiver in his class. Last month he went viral when a video surfaced of him squatting 530 pounds. He reportedly ran the 40-yard dash in 4.33 seconds at “The Opening” in Chicago.

Whittington hails from a little closer to the 40 Acres. The 6-1, 198-pound rising junior from Class 4A Cuero is already considered a four-star prospect by 247Sports. Hookem.com recruiting reporter Mike Craven ranked him as the No. 5 recruit in his “The Next 25” series.