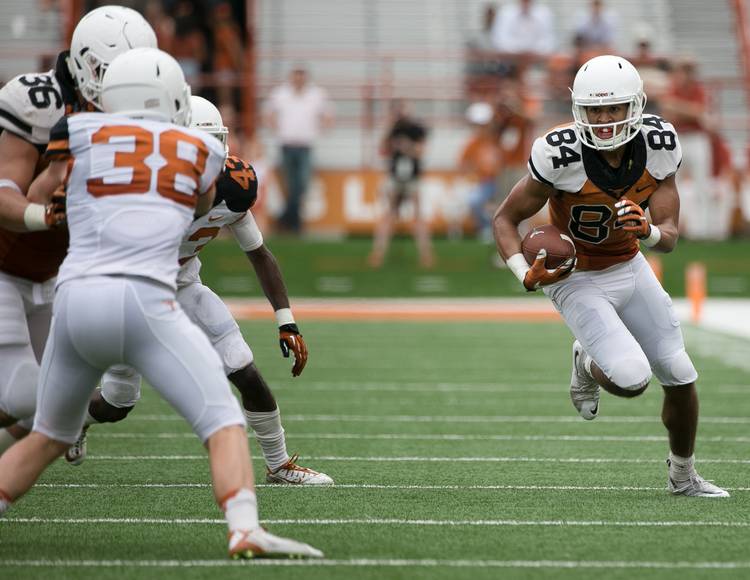 UT receiver Lorenzo Joe (84) runs the ball after making a catch during the Orange-White Scrimmage at Royal-Memorial Stadium in Austin on April 18, 2015.Lukas Keapproth/AMERICAN-STATESMAN

Let’s use Texas’ roster, history and scouting reports to countdown to the start of the 2017 football season. Today, we are only 84 days away from Texas’ home game against Maryland.

Which Longhorn wears No. 84? WR Lil’Jordan Humphrey. No. 4 as a freshman, Humphrey switched numbers and capped a standout off-season with 54 yards and a beautiful touchdown catch in the spring game. Humphrey’s number was once assigned to fellow receivers Lorenzo Joe and Davion Curtis, who are now No. 14 and 16 in your programs.

Fun fact about No. 84: The longest of junior receiver John Burt’s 48 catches at Texas was an 84-yard score against Kansas in 2015. It was also the longest reception of the Charlie Strong era. A two-sport athlete at Texas, Burt has qualified for the NCAA outdoor championships in the 110-meter hurdles in each of the past two years.