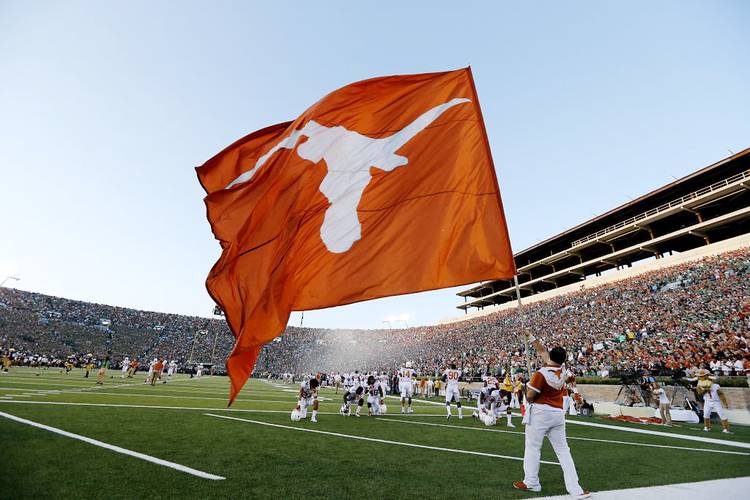 While Koy was a talented multi-sport athlete, Stafford’s career resulted in induction to the College Football Hall of Fame in 1975. The 6-foot, 185 pound halfback was Koy’s leading blocker (yes, Koy was listed as a fullback and Stafford a halfback, all we can say is football was played differently back then), Stafford helped Texas to great success in all three seasons he played.

Stafford helped the New York Giants win an NFL championship in 1934, but he had even greater success after his playing days when he became a rancher in Texas. He later was named to the Southwest Conference 50-year anniversary team.

Texas used Koy and Stafford to help pace the offense to a 6-4 record. Texas beat Oklahoma for the third straight season, this time by a score of 3-0, but lost to Texas A&M 7-6. The low point of the season was when Texas made the long road trip to Harvard and lost 35-7.

That game at Harvard, which is in Massachusetts, was the first game Texas ever played on the East Coast (or either coast for that matter). Until then, Texas had hosted a number of schools located east of the Mississippi River, like Florida and Notre Dame, but had never traveled to the Eastern time zone. Most of Texas’ games against teams that far east where neutral-site games in Dallas.