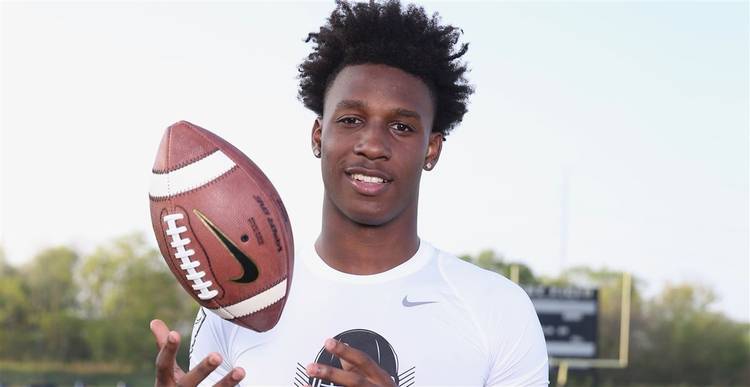 Terrace Marshall, the top-ranked wide receiver recruit in the Class of 2018, released his top four on Friday. (Photo by 247Sports)

Texas remains in the mix for the top-ranked wide receiver recruit in the country.

Terrace Marshall, a five-star prospect from Parkway High School in Bossier City, Louisiana, included the Longhorns in the top four he released Friday evening. He is also considering LSU, Miami and Texas A&M.

RELATED: 10 recruits that Texas will focus on for junior day

Marshall, the No. 10-ranked overall prospect in the Class of 2018, attended Texas’ junior day back in February, a big accomplishment for the Longhorns coaching staff. The 6-foot-4, 190-pound wide receiver holds offers from nearly every major program in the country, but LSU is still considered the favorite to land him.

The Longhorns currently have 12 players committed in the Class of 2018. Four-star Justin Watkins is the only wide receiver in that group so far. Earlier this week, Texas received a commitment from the top-ranked safety in the class, B.J. Foster from Angleton.

Marshall would become the highest-ranked recruit in the class if Texas can land him.