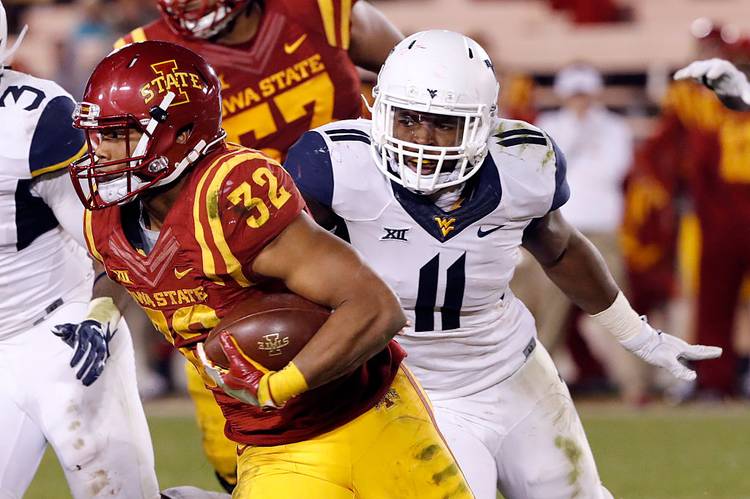 AMES, IA - NOVEMBER 26: Running back David Montgomery #32 of the Iowa State Cyclones rushes for yards as linebacker David Long #11 of the West Virginia Mountaineers pursues in the second half of play at Jack Trice Stadium on November 26, 2016 in Ames, Iowa. The West Virginia Mountaineers won 49-19 over the Iowa State Cyclones. (Photo by David Purdy/Getty Images)

David Long burst on the scene toward the tail end of his redshirt freshman season, beginning with a 10-tackle performance against Texas. He made 40 of his 63 total tackles in the final five games of 2016, including a career-best 11 stops in the Russell Athletic Bowl loss to Miami. While Al-Rasheed Benton is the veteran of the group, Long has the skill to be the Mountaineers’ best linebacker this fall.

Benton’s ability to read and react allows Long to aggressively pursue the ball. You can see several instances of this in the video above, where Long takes a direct line to the ball-carrier as soon as the ball is snapped. His instincts are very good, and he’s looking for a big hit whenever a chance arises. He got a clean shot on Texas quarterback Shane Buechele for a sack last year, and that’s something the Longhorns will want to avoid at all costs.