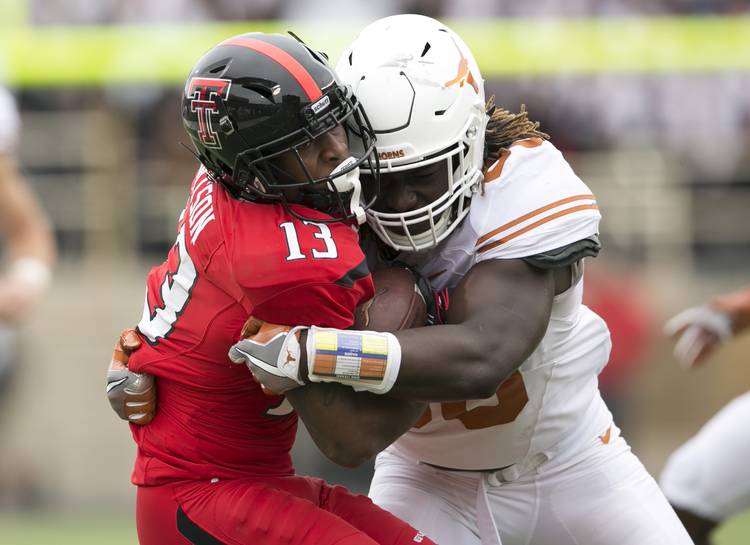 For most teams, losing the leading receiver from the year before to a spring transfer would be a huge blow. Jonathan Giles’ departure may well affect Texas Tech, but the Red Raiders have the depth and talent to overcome it. Cameron Batson caught 60 passes for 644 yards in 2016, the fourth-highest total on the team. He also had eight touchdown grabs. The 5-foot-9, 173-pound senior from Oklahoma City is a reliable target in the slot.

The difficulty of defending Texas Tech is how much they spread the field. With five wide receivers to track on almost every play, one is bound to get loose. Batson preys on those moments, finding seams in the middle of defenses to keep the yard machine churning.

The best performance of his career came against Arizona State in 2016, when he pulled down nine catches for 148 yards — including a 66-yard grab in the second half. Opponents also have to beware of his abilities as a returner. He averaged 9.2 yards per punt return last season.

Batson caught five passes for 38 yards against the Longhorns in 2016, but two of those receptions were for touchdowns that came on nearly identical pick plays. He didn’t record any stats in the 2014 and 2015 meetings.