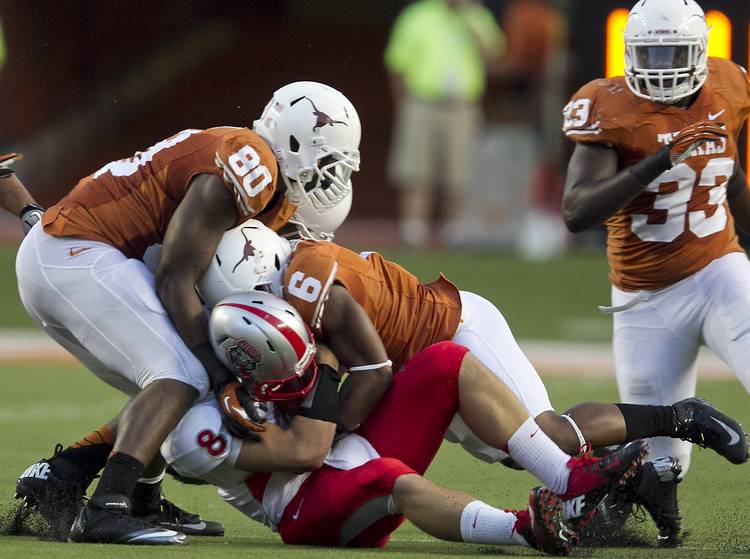 Let’s use Texas’ roster, history and scouting reports to countdown to the start of the 2017 football season. Today, we are only 80 days away from Texas’ home game against Maryland.

Which Longhorn wears No. 80? Nobody. That was TE Blake Whiteley’s jersey from 2014-16, and WR Dererick Giles also wore that number in 2014. Neither player appeared in a game at Texas, though. You’ll have to go back to 2012 to find some highlights by a Longhorn in a No. 80 jersey. That year, DE Alex Okafor recorded 12.5 sacks and WR Marcus Johnson played in eight games.

Fun fact about No. 80: Texas sophomore Devin Duvernay caught 20 passes during his freshman year, one of which was an 80-yard touchdown catch against Kansas State. Duvernay also recorded 48, 63 and 75-yard catches last season while only six of his catches gained less than 10 yards.

The Next 25: A big sophomore year has led to bigger things for No. 15 DeMarvin Leal