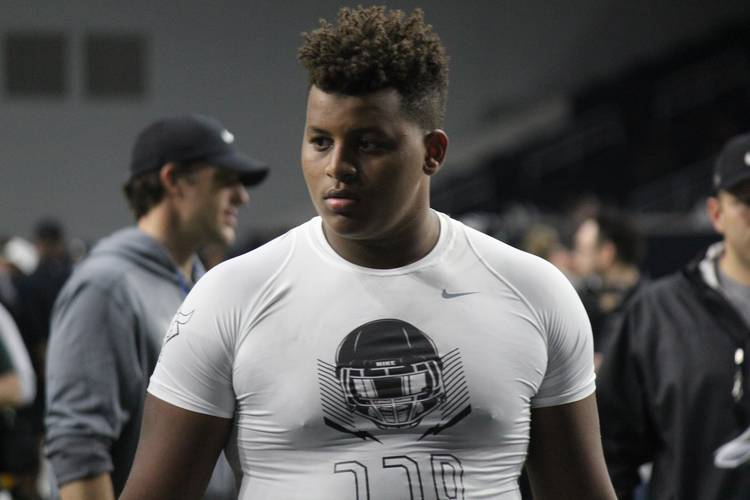 The list is dwindling for Frisco Wakeland offensive tackle Rafiti Ghirmai, and Texas remains in the mix. The four-star included the Longhorns in the top 10 list he released Wednesday via Twitter. Other schools on the list were Alabama, UCLA, LSU, Florida and Miami.

Ghirmai received an offer from Texas on Jan. 24 and had previously named the Longhorns in his top 10. Dropping out of that original list were TCU, Ohio State, Georgia, Michigan and Oregon.

The 6-foot-4, 290-pound prospect is considered the No. 22-ranked offensive tackle in the 2018 recruiting class. Texas has 11 players committed, but so far only one of them — offensive tackle Reese Moore — is an offensive lineman.

Report: One by one, LSU is shutting down Texas satellite camps in Louisiana