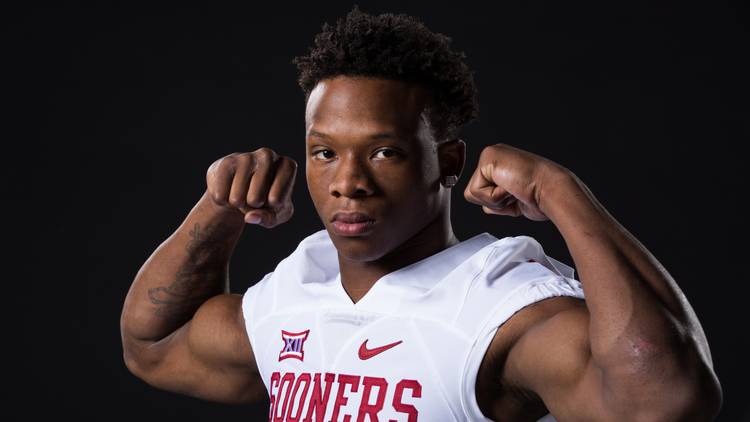 Go to Google Maps and type in “La Grange, North Carolina.” Now zoom out. The town of less than 3,000 people is a tiny dot between Kinston and Goldsboro. You’ll have to keep zooming to find a city of significant size. Depending on what happens this fall, Marcelias Sutton might be about to put this tiny place on the map.

He’s a junior college transfer entering his first season at Oklahoma, and he has a golden opportunity with the departures of Joe Mixon and Samaje Perine. Sutton originally signed with North Carolina State, but took the junior college route and put up gaudy stats for Lackawanna College. As a sophomore in 2016, he ran for 907 yards and 10 touchdowns on 135 carries (6.7 yards per carry).

The above highlights should give you a taste. At 5-foot-10, 195 pounds, Sutton is lean enough to be fast but still big enough to run through the middle. You can see his vision on display at the 15-second mark.

He’ll have to compete with presumptive starter Rodney Anderson for carries — more on him later in this series — but he got off to a good start this spring. His 63-yard performance in the spring game caught more than a few eyeballs. It also helps that he built a relationship with new head coach Lincoln Riley, a former East Carolina assistant, who was one of the main reasons he ended up at Oklahoma.

Sutton: “I didn’t even know what to do whenever I got in the end zone. I was like, ‘Wow.’ I just started looking around, like, ‘This is crazy.’ ”

Riley: “It’s a neat story. Just kind of where he came from. It’s a great area with great people. The little school in the middle of nowhere, probably gets a college coach that goes to that school every five years. Just to see how far he’s come in that time and to be able to do it at a place like this is cool.”

Which college football coach would Matthew McConaughey play in a movie? (Hint: it’s not Tom Herman)