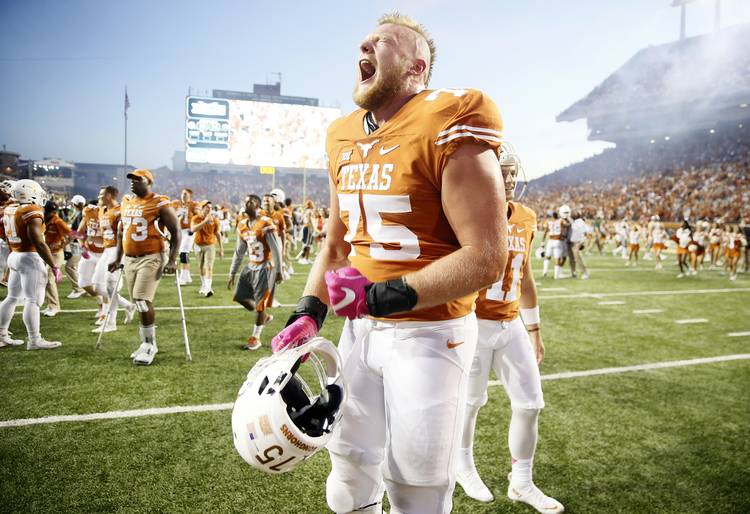 Let’s use Texas’ roster, history and scouting reports to countdown to the start of the 2017 football season. Today, we are only 75 days away from Texas’ home game against Maryland.

Which Longhorn wears No. 75?  Senior OL Tristan Nickelson. The ex-Navarro College transfer was Texas’ starting right tackle on three occasions in 2016. In his starts against Iowa State, Kansas State and Baylor, UT averaged 27.7 points and 465.7 yards.

Fun fact about No. 75: This fall, Texas returns eight offensive linemen who have combined for 75 starts during their time on campus. Juniors Connor Williams (23 starts) and Patrick Vahe (19) are the only linemen with double-digit starts on their resume.

Texas ex Stubbs making most of home with Express

The Next 25: No. 9 Deondrick Glass is Katy’s next great running back prospect