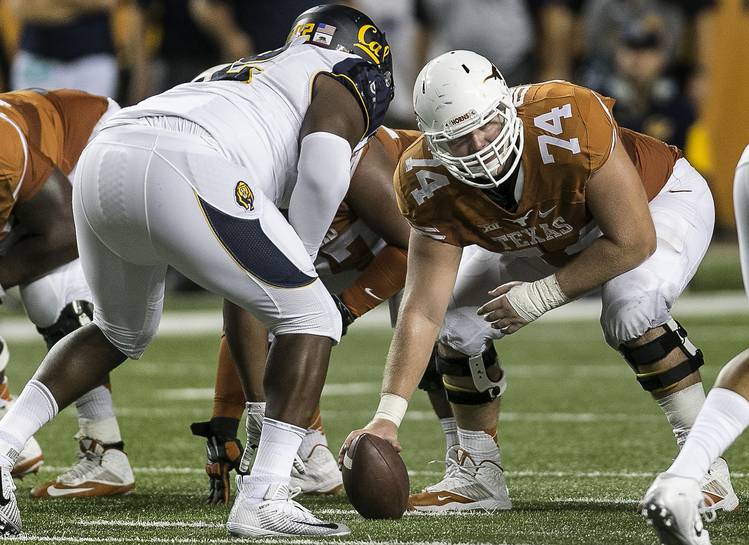 Let’s use Texas’ roster, history and scouting reports to countdown to the start of the 2017 football season. Today, we are only 74 days away from Texas’ home game against Maryland.

Which Longhorn wears No. 74?  Sophomore OL Jean Delance wore that number during his two appearances in 2016, a 41-7 win over UTEP and a 27-6 win over Iowa State. Texas and Lake Travis fans might recall that No. 74 once belonged to Taylor Doyle. Doyle started 23 times at center during the 2014 and 2015 seasons.

Read more: Hooks DB Montrell Estell is casting his lot with the Longhorns

Fun fact about No. 74: During his senior season at Hooks High, Montrell Estell rushed 74 times with the football. Those 875 rushing yards and 15 touchdowns complemented 628 receiving yards. Estell, however, also totaled 107 tackles in 2016, and he joined Texas’ 2017 recruiting class as a defensive back.

The Next 25: End or linebacker, you’ll remember No. 7’s name — NaNa Osafo-Mensah