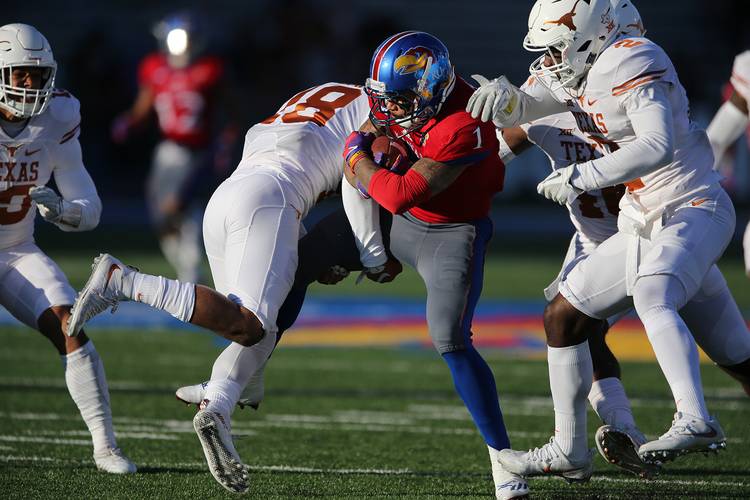 There’s some trepidation in typing this sentence, but it’s true so what the heck … Kansas is loaded at wide receiver in 2017. Believe it. In LaQuvionte Gonzalez and Steven Sims Jr., the Jayhawks had a pair of wideouts surpass 700 yards last season. Both of them return, and Alabama transfer Daylon Charlot joins the group. Now it’s up to Carter Stanley and/or Peyton Bender to get them the ball.

Gonzalez played his first season at Kansas in 2016 after transferring from Texas A&M. The Cedar Hill (Texas) product tallied 62 catches for 729 yards and three touchdowns. He also camouflaged himself for a trick play against Iowa State.

Gonzalez is a terror on the edge because of his speed, and he’s also a skilled return man. He scored multiple touchdowns of at least 95 yards with a kick return against Ohio and a deep pass against Kansas State. He does have a weakness, though. Last season he lost three fumbles on muffed punts.

Gonzalez caught three passes for 41 yards against Texas in 2016.

Golden: No time to panic when it comes to Jordan Spieth