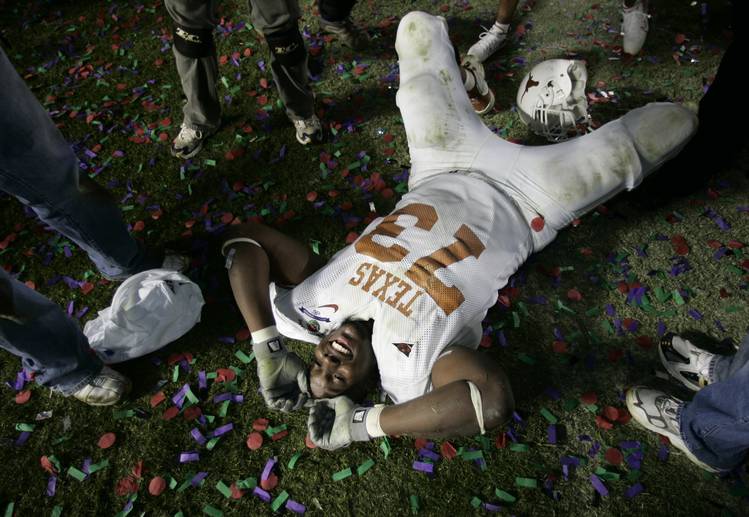 Let’s use Texas’ roster, history and scouting reports to countdown to the start of the 2017 football season. Today, we are only 73 days away from Texas’ home game against Maryland.

Which Longhorn wears No. 73?  Offensive lineman Patrick Hudson, a 6-5, 325-pound guard who redshirted in 2016. Last year, Hudson was among the four freshmen who arrived at Texas following an exodus from Baylor’s recruiting class. Other Longhorns that have worn No. 73? How about Garrett Porter (2009-13) and Jonathan Scott (2001-05)?

Fun fact about No. 73: The record for most punt returns in a Texas uniform is 73, which Quan Cosby tallied from 2005-08. Cosby’s school standard isn’t in any immediate danger as senior Armanti Foreman leads the active Longhorns with his eight career returns.

Golden: No time to panic when it comes to Jordan Spieth

The Next 25: No. 5 Jordan Whittington scored 21 touchdowns four different ways