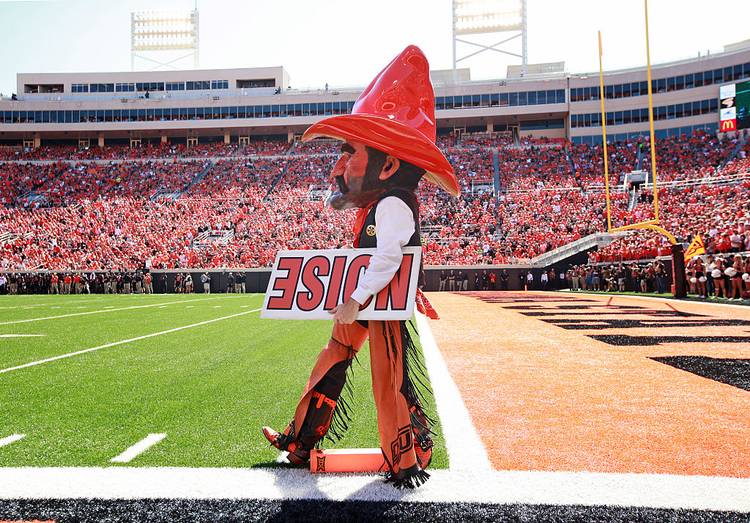 The Oklahoma State Cowboys mascot Pistol Pete walks down field during the game against the Texas Longhorns October 1, 2016 at Boone Pickens Stadium in Stillwater, Oklahoma. The Cowboys defeated the Longhorns 49-31. (Photo by Brett Deering/Getty Images)

Special teams should never go overlooked, but perhaps no fan base appreciates a specialist quite like Oklahoma State fans do punter Zach Sinor. The hashtag #SinorForHeisman dates back to 2015, and has produced hilarity such as this:

While the Cowboys do have multiple Heisman Trophy contenders (who we’ll get to later), reality says Sinor isn’t one of them. Fans can dream though, right? Sinor is legitimately one of the best punters in college football. The Ray Guy Award finalist averaged 42.8 yards per punt in 2016, and according to stats guru Bill Connelly only 16 of his 56 punts were returnable — with those 16 returns netting a total of 15 yards. You could say he’s almost as good as Texas punter Michael Dickson. Almost.

Besides long, high and accurate punts? Not much. Opponents do have to be aware of the effect a good punter can have on a game, though. Having a player like Sinor or Dickson who can flip field position with one flick of the leg is invaluable. After last year’s meeting with Oklahoma State, Texas knows all about how special teams can change games.

The Next 25: No. 5 Jordan Whittington scored 21 touchdowns four different ways

Bohls: Ed Orgeron, get over yourself