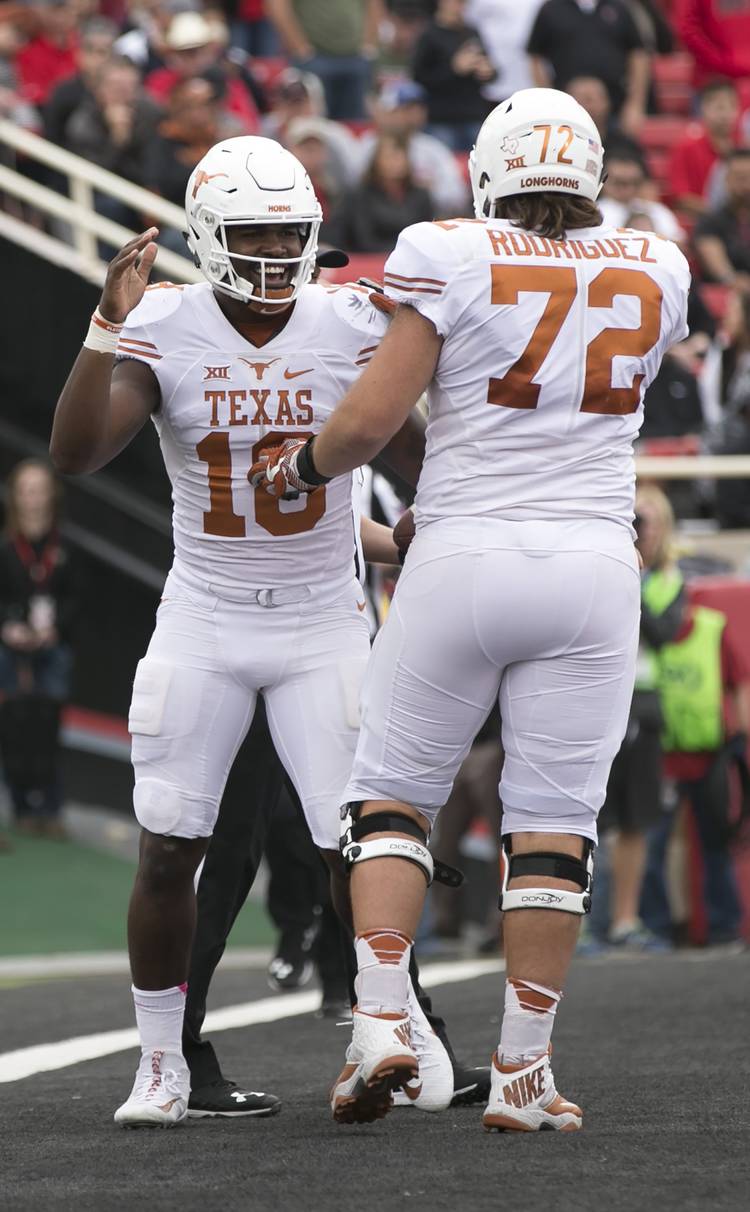 Let’s use Texas’ roster, history and scouting reports to countdown to the start of the 2017 football season. Today, we are only 72 days away from Texas’ home game against Maryland.

Which Longhorn wears No. 72?  Offensive lineman Elijah Rodriguez, a 6-6, 305-pound junior who has appeared in 19 career games. Rodriguez made three starts in 2016, and the versatile Houston native made those starts at different positions. He was a left tackle against UTEP, a left guard against West Virginia and a center against Kansas.

Fun fact about No. 72: Seventy-two of the 75 touchdowns scored by Ricky Williams at Texas were rushing touchdowns. Led by Tyrone Swoopes and his 23 scores, eight Longhorns rushed for 72 touchdowns during Charlie Strong’s three-year tenure.

Breakfast with Bevo: Where — and when — will Jarrett Allen be drafted?