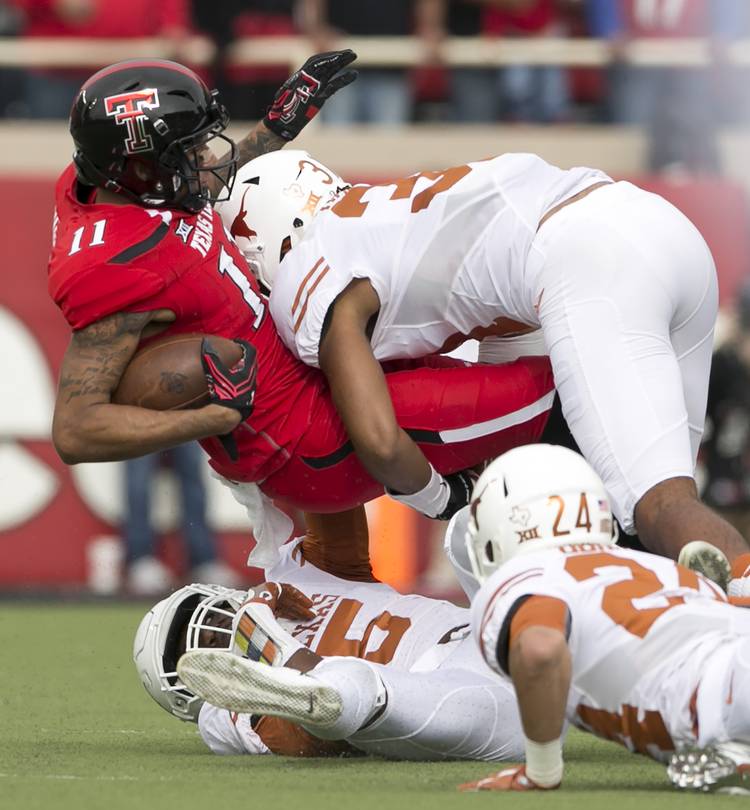 Texas Tech’s depth at wide receiver is no joke. When it comes to pure talent, Derrick Willies might be the best of the bunch. The former four-star recruit and one of the top junior college prospects in the country has yet to prove it in a Red Raiders uniform, though. Injuries derailed his first season in Lubbock, as he finished with 18 catches for 228 yards and two touchdowns.

There’s a ton of athleticism packed into Willies’ 6-foot-3 frame. Injuries have been his biggest hurdle. Staying healthy throughout the spring allowed him to get valuable repetitions with Red Raiders starting quarterback Nic Shimonek, and that trust could prove crucial on fade routes and jump balls. There aren’t a lot of defensive backs who are going to win a battle with Willies in the air.

60' sitting box jump with a 10lb vest. Can I get a jump ball @PatrickMahomes5 ????? pic.twitter.com/X1ZWIvNwRw

Willies had his best game of the season against the Longhorns, hauling in three catches for 63 yards.

Texas Tech coach Kliff Kingsbury this spring, speaking about Willies’ progress: “The (receiver) that’s probably come the farthest from last year would be Derrick Willies, just understanding the game. It’s slowing down for him. He just looks like a different player than he was last year.”

Athlon’s 2017 All-Americans includes 2 Longhorns, but they aren’t the two you think