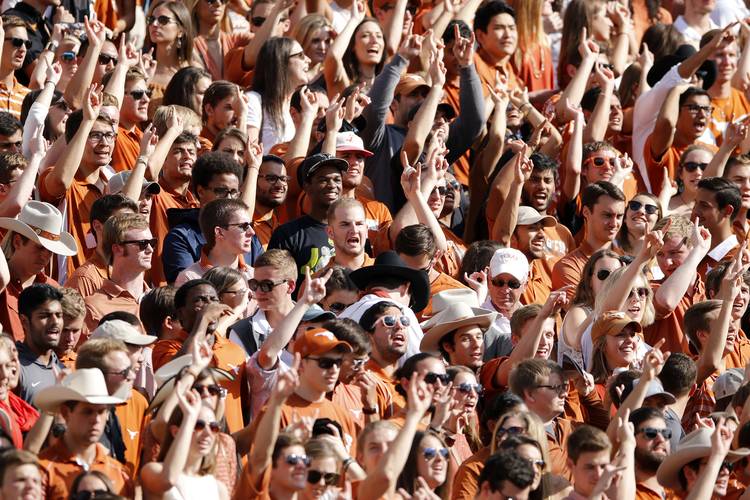 Texas went 10-1, the most wins in program history at the time in 1945. Texas saw winning streaks against Texas A&M and Oklahoma reach six straight years. The winning streak over Arkansas reached seven years.

The Longhorns received their third bowl bid ever, returning to the Cotton Bowl to play Missouri, and third SWC title since 1942.

This season also saw true emergence of one Bobby Layne.

Layne gives Vince Young and Colt McCoy a run for their money in a conversation of greatest Texas quarterbacks of all-time. In fact, based on accolades and awards alone, no Texas quarterback comes close to him. The only thing missing on his resume is a Heisman Trophy.

Here’s quick tutorial on Bobby Layne: Hailing from Highland Park High School in Dallas, Layne arrived as a freshman in 1944 and was allowed to play even though most conferences forbid freshman playing during wartime. Freshman rules wouldn’t change until 1972. Layne was an All-Southwest Conference player in 1944, despite missing several games to injury.

In 1945, he missed the first six games of the season, including the team’s only loss, as he served in the merchant marines with pal Doak Walker (yeah, that Doak Walker). When he returned mid-season and still made All-SWC that season.

Layne had two more All-SWC seasons and was drafted by the Detroit Lions with the third pick of the 1948 draft. He went on to a Hall of Fame NFL career, winning three NFL Championships, making six Pro Bowls, three All-Pro teams, making the NFL’s 1950s All-Decade team and had his No.22 retired by the Lions.

Layne was the first Longhorn inducted into the NFL Hall of Fame and is the person to be inducted into pro football and college football hall of fame from Texas. His No. 22 is retired at Texas.

Against Missouri in his first Cotton Bowl, Layne led Texas to a 40-27 win. He had a hand in every score. Layne rushed for three touchdowns, threw two touchdowns and caught a touchdown.

So, not to take anything away from Vince Young’s Rose Bowl performance, which honestly is one of the greatest performances in the history of college football, remember what Layne did in the 1946 Cotton Bowl before you get too carried away.

And he still had two more seasons at Texas.

The Next 25: No. 1 Brian Williams can do it all … and already is at Bishop Dunne