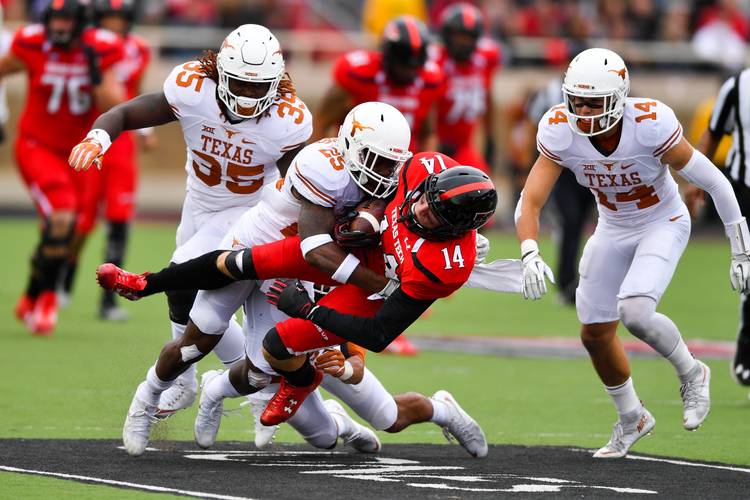 We’re almost done with Texas Tech wide receivers, I promise. Next up is fifth-year senior Dylan Cantrell, who was the Red Raiders’ third-leading target in 2016. The 6-foot-3 Whitehouse (Texas) product caught 58 passes for 675 yards and 8 touchdowns, despite missing two games due to injury. He ended the year on a high note with nine grabs for a career-high 111 yards and two touchdowns as Texas Tech rolled Baylor.

The experienced Cantrell will be the emotional leader of this deep receiving corps. He’s a big target on the edge with reliable hands, and has been known to make acrobatic catches. Especially ones that require jumping off of furniture sans clothing.

Cantrell had eight catches for 89 yards last year against the Longhorns. He didn’t record any stats in the 2013 or 2014 meetings, and missed the entire season in 2015.