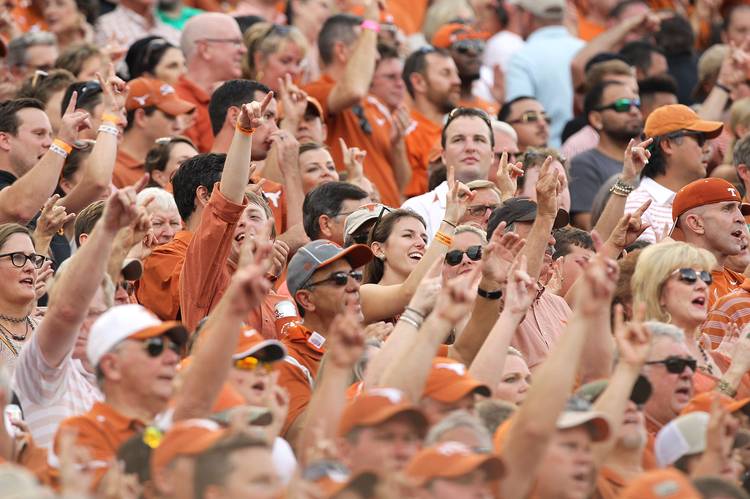 Basically, in a way, it could be the best season ever because it served two masters. Texas was awesome in 1950, Blair Cherry’s fourth season.  Texas went 9-2, finished third in the AP’s final rankings, won the Southwest Conference title with a 6-0 record, improved to 10-0-1 against Texas A&M since 1939, beat Arkansas for the 12th straight season (I’m sure we’ll get to the point where this turns into a rivalry at some point).

Texas debut in the AP poll at No. 4, while Oklahoma was No. 3. It is the first time ever Texas and Oklahoma met as top-five teams in the AP poll. Oklahoma picked up the win 14-13.

This is when the season gets thrown for a loop. In November, with Texas ranked No. 5 in the nation, Cherry announced that 1950 would be his last season as coach of the Longhorns. It was stunning because outside of the 1949 season, Cherry was about as good any coach in the nation. And this squad was on pace to contend for a national title.

Texas went undefeated in conference play and was invited to the Cotton Bowl where, as the No. 3-ranked team in the AP poll, would face No. 4 Tennessee.

The Vols handed Texas its first-ever bowl loss with a 20-14 win. Texas led 14-7 at halftime, but 13 fourth quarter points, one coming after a Texas fumble, led to a Tennessee come-from-behind win.

OK, so after the season, Cherry revealed why he was leaving. The coach said he was suffering from ulcers and insomnia, then wrote an article in the Saturday Evening Post, “Why I Quit Coaching Football” where he hinted that fan and media criticism helped lead him to the decision to leave coaching. Now, this isn’t the first time Texas lost a coach for this reason.

Dave Allerdice, who spent decades as the all-time wins leader at Texas with a 33-7 record, noted that he was leaving Texas in 1915 due to the “uber critical nature of the Texas fans.”

He left Texas with a 32-10-1 overall record. His 9-2 season is the second-best final season for a head coach in Texas history, only falling behind H.R. Schenker, who went 9-1 in 1906. Since Cherry, only one Texas coach has left the program following a winning season, and that was Mack Brown following an 8-5 record in 2013.