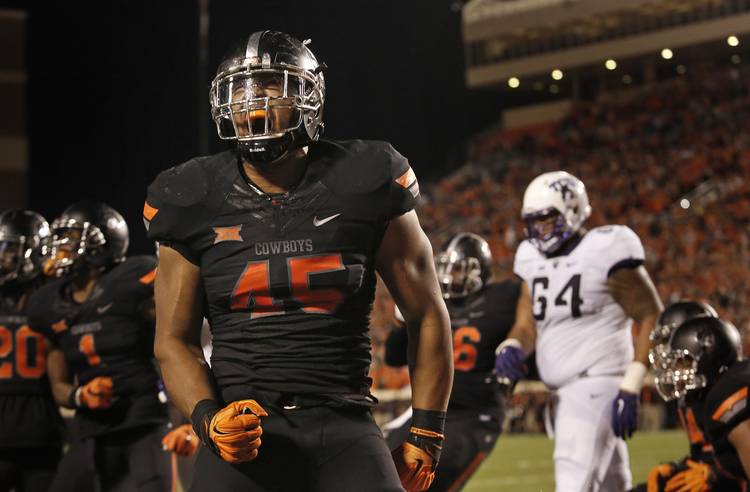 Mansfield High School product Chad Whitener was a 2016 All-Big 12 second team performer and the Cowboy’s 2016 Leslie O’Neal Award winner (the program’s defensive player of the year award). He’ll be a redshirt senior and has been a mainstay on the Oklahoma State defense since becoming eligible following his transfer from California. As a junior he recorded 71 tackles, third on the team. Here is Whitener taking it to Cowboy opponents:

Whitener is an active linebacker who has a knack for finding the football and breaking down ball carriers. He recorded 7.5 tackles for a loss, third most on the team.  Whitener has improved every season during his college career and this year he’ll be the clear leader of the Oklahoma State defense.

Whitener recorded five solo tackles and six total tackles against Texas in 2016. It wasn’t a great day for the Cowboys’ defense, as Texas scored 31 points in a 49-31 loss to the Cowboys. Texas had 329 yards on the ground and 239 yards in the air.