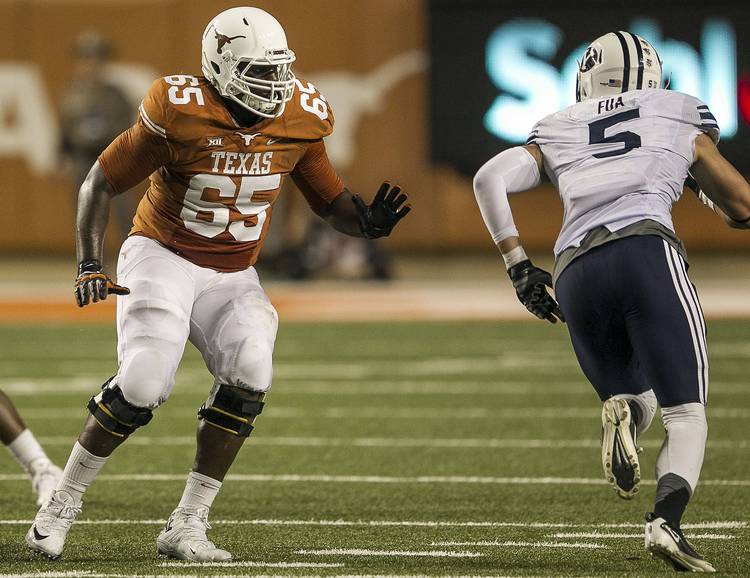 Let’s use Texas’ roster, history and scouting reports to countdown to the start of the 2017 football season. Today, we are only 65 days away from Texas’ home game against Maryland.

Which Longhorn wears No. 65? Nobody. The No. 65 slot on Texas’ roster has been vacant since OL Marcus Hutchins last played in 2015.

Fun fact about No. 65: Texas junior Michael Dickson punted 65 times in 2016 for a school-record average of 47.4 yards. A Ray Guy Award finalist last year, Dickson set another single-season mark at UT in 2015 with his 77 punts.