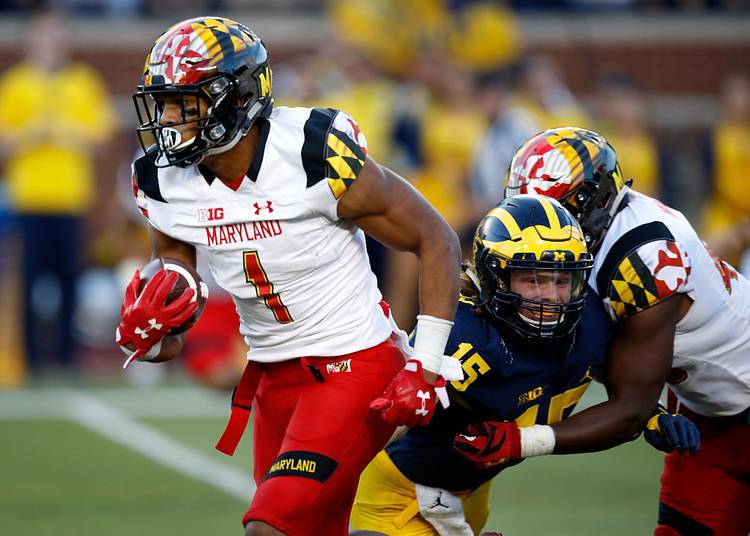 ANN ARBOR, MI - NOVEMBER 05: D.J. Moore #1 of the Maryland Terrapins returns a punt during the second half past Chase Winovich #15 of the Michigan Wolverines on November 5, 2016 at Michigan Stadium in Ann Arbor, Michigan. (Photo by Gregory Shamus/Getty Images)

Maryland’s top wide receiver from 2016 is back and, if the Terrapins can find a consistent quarterback to throw to him, D.J. Moore should be even better this fall. Last season, Moore had 41 catches for 637 yards and 6 touchdowns, but he only went over 100 yards twice. Still, he solidified his standing as the team’s top target with big-play ability. Check out his highlights below:

The biggest thing holding Moore back thus far in his career has been Maryland’s lack of a viable quarterback. Six different players threw passes for the Terrapins last fall, including four who attempted at least 30. The quarterback race was still wide open as of the spring game. Expect Maryland to be creative in how it gets Moore the ball. All he needs is a sliver of space to make a difference. Need proof? Check out the 92-yard touchdown he scored last year against Nebraska.

He’s also got pretty good hands to go with those wheels.

Maryland coach D.J. Durkin: “A guy that just stood out with his determination and work ethic. Any time you take a guy who is talented and has ability, and mix that with a great work ethic, you’re going to have a great player, and that’s what I feel he is.”

As sports go digital, is the Big 12 actually in prime position?