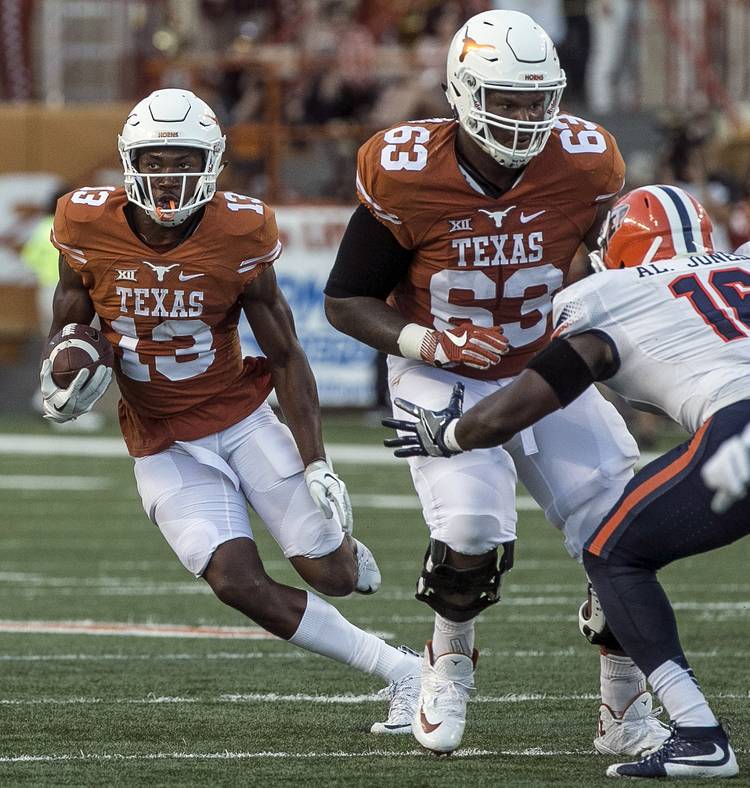 Let’s use Texas’ roster, history and scouting reports to countdown to the start of the 2017 football season. Today, we are only 63 days away from Texas’ home game against Maryland.

Which Longhorn wears No. 63? Junior Alex Anderson, who started at right guard during Texas’ 41-7 win over UTEP in 2016. The 6-4, 310-pound New Orleans product appeared in five games last season.