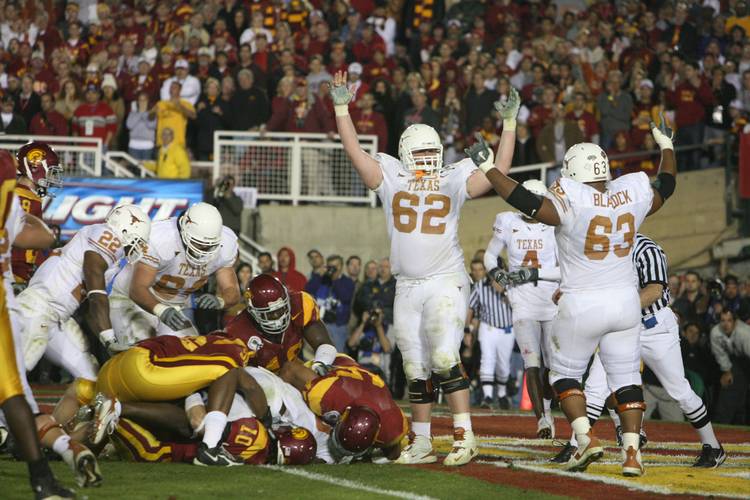 Let’s use Texas’ roster, history and scouting reports to countdown to the start of the 2017 football season. Today, we are only 62 days away from Texas’ home game against Maryland.

Which Longhorn wears No. 62? Nobody. Former walk-on Patrick Ojeaga played with that jersey during one game in 2016. UT fans, though, likely have fonder memories of ex-center Lyle Sendlein wearing No. 62 during the 2005 National Championship Game.

Fun fact about No. 62: UT sophomore receiver Devin Duvernay hauled in 62 receptions during both his junior and senior years at Sachse High. Donovan Duvernay, Devin’s twin and a freshman defensive back at UT, recorded 62 tackles during his sophomore season at Sachse.