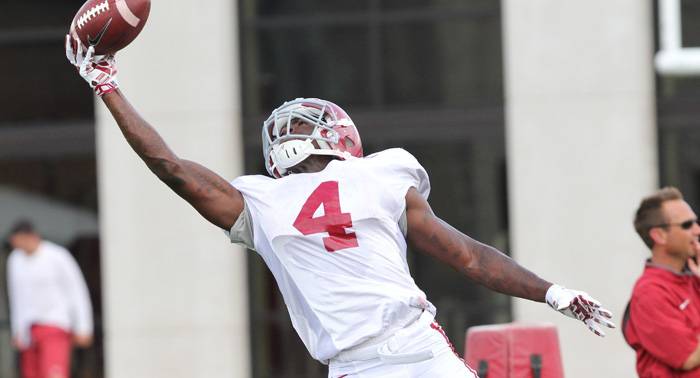 After winning a national championship during his only season at Alabama, Daylon Charlot chose to transfer to Kansas. (Photo by 247Sports)

After winning a national championship in his first college season, Daylon Charlot decided to transfer away from Alabama. His destination? Kansas, which went 0-12 that same season. The former top 100 recruit watched from the sidelines as the Jayhawks made strides last season. Now, he’s ready to help them take the next step. The 6-foot, 195-pound sophomore impressed during the spring and will add to an already strong receiving corps.

LaQuvionte Gonzalez and Steven Sims Jr. were already a formidable pair at wide receiver, and the addition of Charlot gives the Jayhawks even more offensive firepower. Carter Stanley and Peyton Bender both appear capable at quarterback, and whichever one wins the starting job will love having Charlot around. In the spring game, the Louisiana native made an impression with 45 receiving yards, including an acrobatic 28-yard reception along the sideline. He appears fast and physical, and could wind up being a possession wide receiver to complement Gonzalez’s speed out wide.