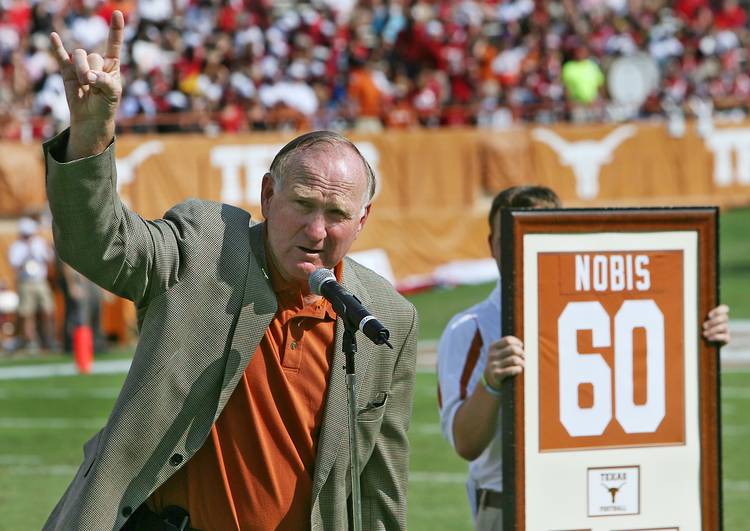 Bobby Layne and Tommy Nobis had their numbers retired in a ceremony during Texas' 52-10 win over Arkansas on Sept. 27, 2008. Ralph Barrera/AMERICAN-STATESMAN

Let’s use Texas’ roster, history and scouting reports to countdown to the start of the 2017 football season. Today, we are only 60 days away from Texas’ home game against Maryland.

Which Longhorn wears No. 60? Nobody. Tommy Nobis will forever be No. 60 at Texas since UT has retired his number. A linebacker and two-time All-American, Nobis was the only sophomore to start on the Longhorns’ 1963 national championship team. Of the six players who have had their numbers retired at Texas, Nobis is the only honoree known for his work on defense.

Fun fact about No. 60: Texas quarterbacks have recorded eight runs of at least 60 yards, and Vince Young is responsible for five of those lengthy strolls through opposing defenses. Ex-UT QBs Bret Stafford, Colt McCoy and Eddie Phillips also belong to the 60-yard club.