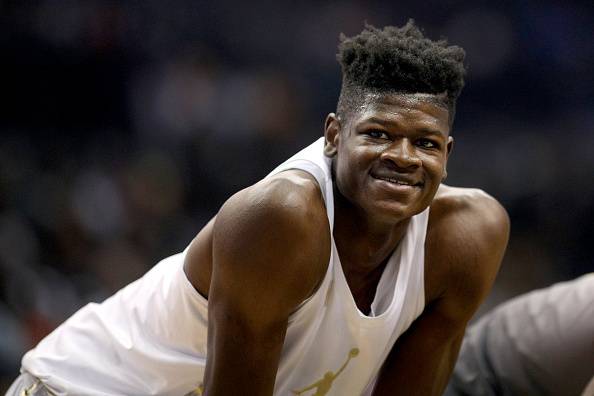 On the Fourth of July, prized-recruit Mo Bamba showed his shooting range.

Is the video a fake? I don’t know for sure but it seems real enough to me. And it’s another reason that Bamba may just be worth all the hype.

Last week, Bamba’s brother eliminated himself from the “World’s Best Brother” conversation when he unloaded on the highest-rated recruit to come to Texas since Kevin Durant. During the 22-minute, somewhat in-coherent reveal of allegations against his brother, Ibrahim Johnson said his brother is “not going to play this year…”

Texas denied the allegations and said the NCAA has already cleared Bamba.

We’re assuming Bamba plays a lot at Texas this season. And maybe the 7-foot center isn’t known for his shooting, or maybe he needs to shoot more 90-footers?