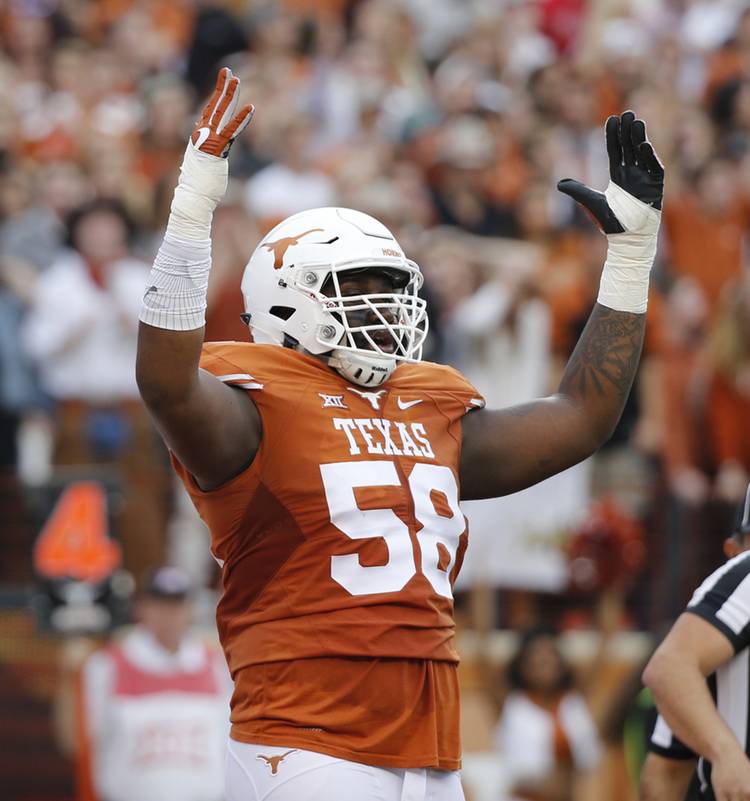 Let’s use Texas’ roster, history and scouting reports to countdown to the start of the 2017 football season. Today, we are only 58 days away from Texas’ home game against Maryland.

Which Longhorn wears No. 58? Nobody. That was Brandon Hodges’ number since he arrived in Austin in 2015. The right tackle, however, recently announced that he’ll spend his senior season elsewhere.

Fun fact about No. 58: Texas has had five 400-yard passing performances in its history, and Colt McCoy had one of those showings in the 2009 Fiesta Bowl against Ohio State. With 58 throws against the Buckeyes, McCoy recorded the most pass attempts in any of Texas’ 400-yard games. The last of those attempts, by the way, was a game-winning touchdown toss to Quan Cosby.

Breakfast with Bevo: How much Texas remains in Boise State’s Bryan Harsin?