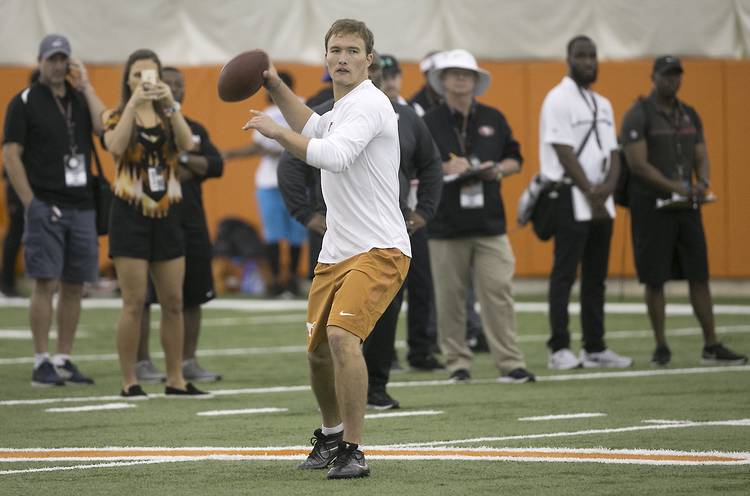 Former Texas quarterback David Ash hasn’t given up on his NFL dream just yet, and neither has defensive back Dylan Haines.

The pair will compete in the Spring League Showcase, an exhibition for scouts being held next weekend in Napa, California.

The showcase is an add-on to the Spring League, a developmental football league that completed its first season in April. According to a press release, more than 20 percent of the Spring League’s players were either signed or invited to NFL camps.

Included in that list was Ash, who quarterbacked the Spring League South team before competing in a mini-camp tryout with the Carolina Panthers. Former Longhorn Daje Johnson also played in the Spring League before catching on with the Ottawa Redblacks of the Canadian Football League. For his part, Haines had tryouts with the New York Jets and Houston Texans.

The Spring League Showcase is being billed as a last chance for players to be seen by the NFL before training camps begin later this month. It will be streamed live by Austin-based FloSports.

Heading to a Big 12 road game? Finding tickets is going to be even harder

The American-Statesman’s Top 25 countdown: No. 23 Tennessee