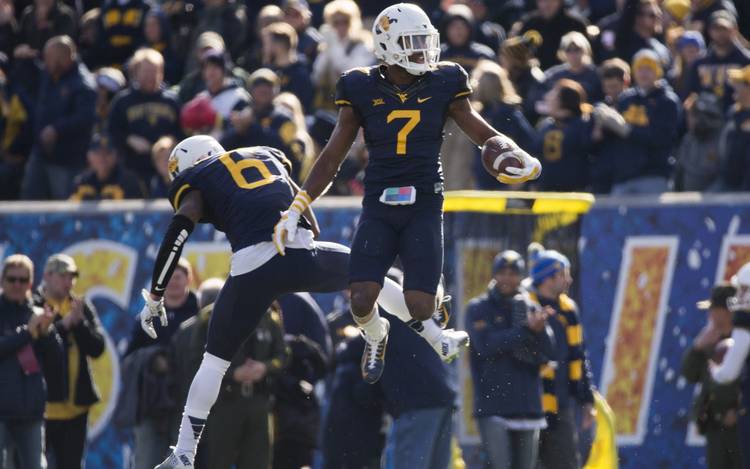 West Virginia (7) Daryl Worley and (6) Dravon Askew-Henry celebrate a recovered fumble against Texas in the first half of the game on Saturday, Nov. 14, 2015 (RICARDO B. BRAZZIELL / AMERICAN-STATESMAN)

Many expect graduate transfer quarterback Will Grier to be a difference-maker for West Virginia (more on him later), but getting back safety Dravon Askew-Henry might be just as important. The Mountaineers suffered a huge blow in 2016 when Askew-Henry went down with a season-ending knee injury during fall camp. The junior started all 26 games his first two seasons, playing more than 1,000 snaps in 2015. He’ll plug right back in next to Kyzir White, completing one of the best safety tandems in college football.

In West Virginia’s 3-3-5 defensive scheme, defensive backs are vital. Askew-Henry has been a consistent presence throughout his career, and the Mountaineers will rely on his experience as they replace several members of the secondary. In addition to his 59 total tackles in 2016, Askew-Henry also had one interception and four pass break-ups. He’s a constant presence on balls over the middle, and at 6-foot, 195-pounds isn’t afraid to lay a big hit. Receivers and quarterbacks have to be alert.

Askew-Henry made four tackles and broke up a pass against the Longhorns in 2015.