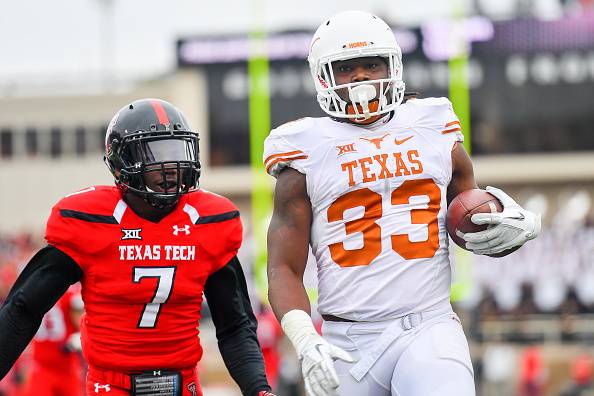 The proclamation reads: “D’Onta, the City of Texas City is so proud of your accomplishments. Congratulations on your draft with the Houston Texans! We wish you much success with all your future goals.”

Foreman rushed for 2,782 yards in three seasons with Texas, leaving the program as the No. 9 all-time rusher at Texas.

The American-Statesman’s Top 25 countdown: No. 20 Miami